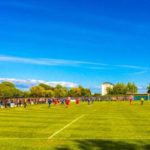 Following today’s announcement by the Scottish FA Board club President, Russell Pryde, said “The statement today from the SFA is disappointing in that the relaxation of the suspension of football from 11 June only applies to the SPFL Premier League. END_OF_DOCUMENT_TOKEN_TO_BE_REPLACED 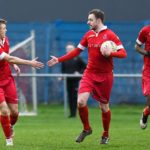 A hattrick of Scott Linton penalties was enough to give the visitors the win at Christie Gillies Park, as Kelty Hearts continue their ongoing shadow dance with Bonnyrigg at the top of the SLFL table. Strollers, reduced to 10 men when Mark McConnell was given a straight red conceding the third penalty, were 3-0 and a man down with 25 minutes to go before they rallied to score twice in the last 10 minutes to set up a tense finale, writes Bernie Regan.

But everything about this game revolved around the refereeing decisions to award Kelty their three penalties. The first came on 6 minutes. Dylan Easton’s angled through ball saw Nathan Austin and Craig Newall tangle on the edge of the Strollers box. It looked like both parties were nudging away at each other, but as Austin darted into the area and felt contact he tumbled over whilst Newall protested his innocence. The referee pointed to the spot. Without wishing to be unfairly critical of the man in black, it looked a soft call, but Linton stepped up and made no mistake.

The second spot kick on 55 minutes came when Ross Philp had played a neat one-two on the left hand edge of the Strollers box, before ghosting in behind the Strollers backline. The Kelty midfielder looked certain to score – but blazed over from less than 10 yards out. After the shot had been driven over the bar, the momentum of onrushing Josh Donaldson saw the two come together – and again the ref pointed to the spot. It looked like the collision was a 50/50 call, and happened after the ball was high and away. But penalty number two was in the books and Linton’s hattrick was on.

The third penalty, on 66 minutes, was – in the eyes of the reasonable minority in the crowd – probably the most justifiable call. Mark McConnell was trying to connect with a bouncing ball but was fractionally late and appeared to catch Scott Linton with a high foot just inside the penalty area. Linton did the rest. The straight red card felt harsh on the Strollers captain though, and at 3-0 down, and a man down, against free-scoring opponents….at this stage, it felt like damage limitation time.

Unfortunately for Kelty, Gary Jardine hadn’t settled on that script, and immediately responded with a triple substitution – Scott Clapperton was sacrificed as Kyle Fee slotted into central defence while Josh Morris and Jayden Fairley replaced Cammy Muirhead and the hard-working Ross Guthrie up front. As so often this season, Civil’s personnel changes worked and all three subs made an immediate impact for the home side. With a little under 10 minutes to go it was Fee who started the comeback – his cross field ball to Faye was neatly shuttled into the path of the overlapping Craig Newall whose pinpoint cross to the back post was calmly nodded home by debutant Jayden Fairley. It was 3-2 on 88 minutes as the once-again excellent Callum Yeats delivered a long angled ball forward to Alieau Faye. The rangy midfielder’s controlled low cross was parried by the sprawling Ben MacKenzie in the Kelty goal, but the ball span up in the air and Josh Morris headed home from under the crossbar.

Strollers pushed forward and were firing balls into the Kelty area. There was still time for more late drama – as Morris appeared to be wrestled down on the edge of the Kelty box as the Strollers desperately chased an unlikely equaliser in stoppage time. But it wasn’t to be.

For Strollers there were plenty of positives to take away – despite the result. While Kelty shaded possession and territory in the first half, there wasn’t much between the sides and clear chances were few and far between. In the second they came out firing, and for the first 10 minutes looked the more likely to score. Craig Newall put one into the side netting. Archie Roue, playing against one of his former clubs, just couldn’t get the ball out of his feet quick enough when well positioned, and Andy Mair – on a lung-busting run from the half-way line – delivered a beautiful curling cross into the Kelty 6yd box that had the defenders scrambling to clear. The team were on top for the first 10 minutes of the second half, and pushed Kelty hard in the last 10. They came back when a man down and scored twice against the meanest defence in the division. And Jayden Fairley scored on debut, showing some nice touches along the way and suggesting there may be more to come from the young Hibs trialist.

But Kelty are in the position they’re in for a reason. Strong in the air, and very direct – always looking to put long balls up to Nathan Austin and see how defenders handle him. For the most part, Strollers kept the big number 9 quiet, but Dylan Easton had an excellent game inhabiting space wherever he could find it, and looked the Hearts player most likely to open things up for his team.

Strollers fall to 6th, whilst Kelty retain their 6pt lead at the top – with chasing Bonnyrigg holding two games in hand. 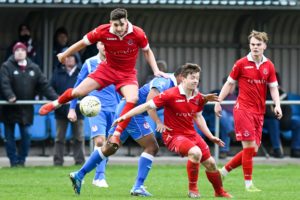 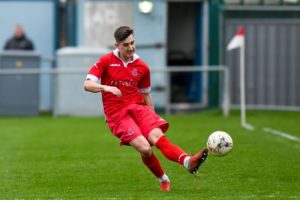 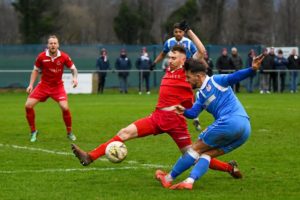 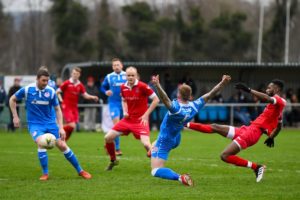 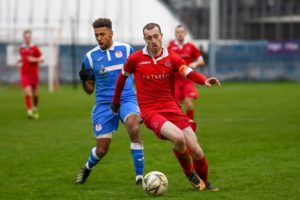 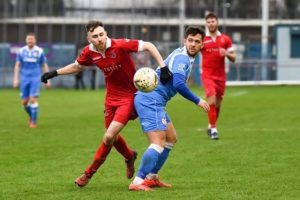 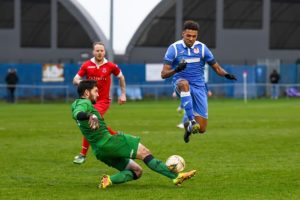 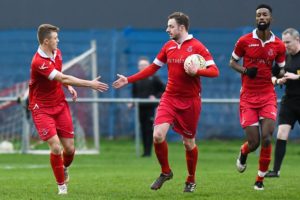 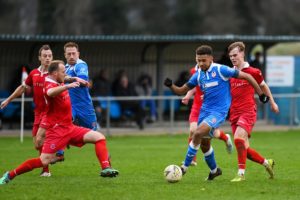 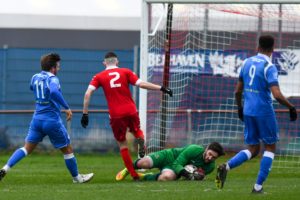 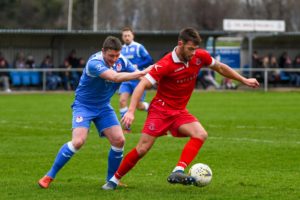 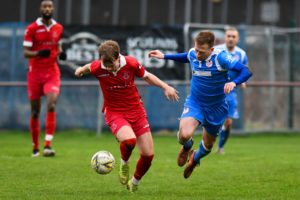 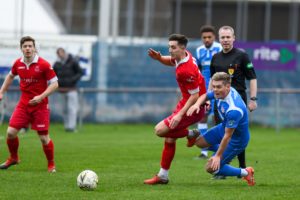 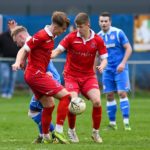 Civil Service Strollers are delighted to announce that Jayden Fairley has joined the club on loan from Hibs in a move that sees Jack Hodge return to Easter Road. END_OF_DOCUMENT_TOKEN_TO_BE_REPLACED 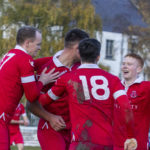 Civil Service Strollers picked up all three points on the road at Vale of Leithen with an outstanding second-half performance in the Borders. END_OF_DOCUMENT_TOKEN_TO_BE_REPLACED 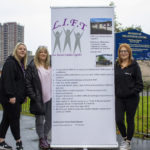 Civil Service Strollers are delighted to announce they will be supporting the Low Income Families Together (LIFT) with our Christmas ‘Donate at the Gate’ this year for the much needed local food bank. END_OF_DOCUMENT_TOKEN_TO_BE_REPLACED 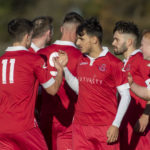 A goal in each half from Cameron Muirhead, coupled with a fifth clean sheet of the season, was enough to give the Strollers the points against a spirited Caley Braves side, writes Bernie Regan. END_OF_DOCUMENT_TOKEN_TO_BE_REPLACED 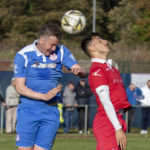 A Nathan Austin brace, including a winner deep into extra time with spot kicks imminent, was enough to put Kelty Hearts into the hat for the fourth round of the South Challenge Cup at the expense of Civil Service Strollers, writes Bernie Regan.  END_OF_DOCUMENT_TOKEN_TO_BE_REPLACED 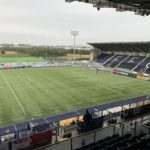 Strollers gaffer, Gary Jardine, had five teenagers in his squad as they made the trip along the M9 to the Falkirk Stadium to face East Stirlingshire in yesterday’s league match. END_OF_DOCUMENT_TOKEN_TO_BE_REPLACED 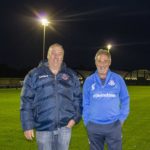 Civil Service Strollers are delighted to announce that floodlights have now been fully installed at Christie Gillies Park. END_OF_DOCUMENT_TOKEN_TO_BE_REPLACED 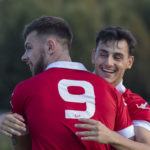 Civil Service Strollers picked up another three points on the road at Cumbernauld in last night’s Lowland League match. END_OF_DOCUMENT_TOKEN_TO_BE_REPLACED