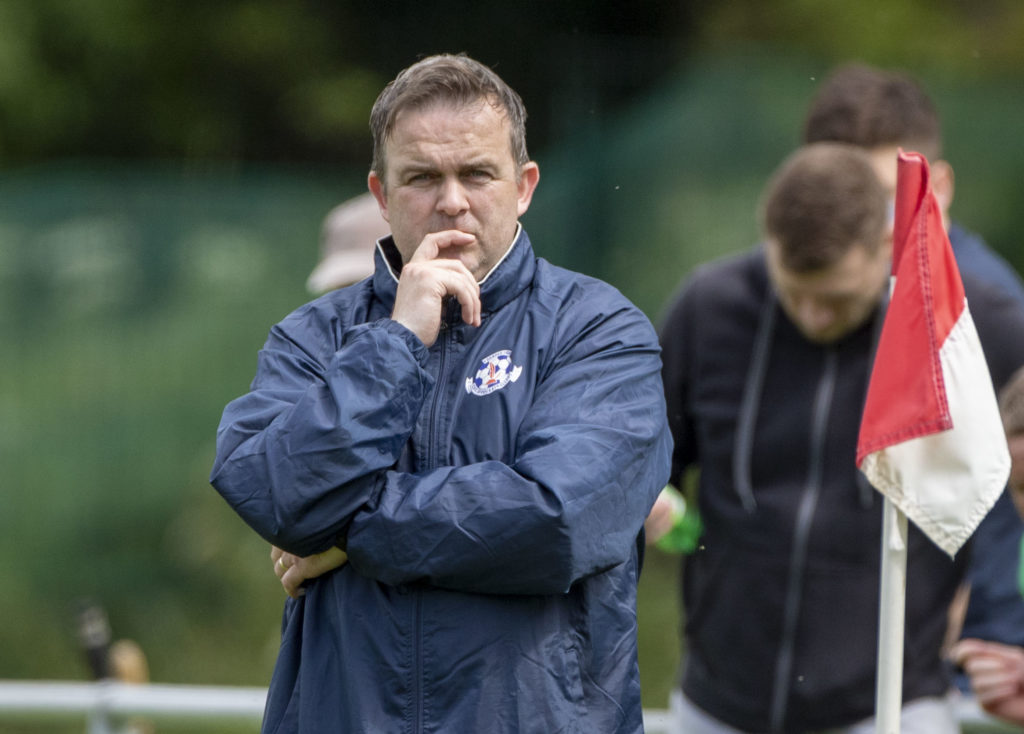 Following news that the Lowland League has been brought to halt we caught up with the gaffer to get his views on another curtailed season.

On Monday night we were notified by the league that following consultation with all member clubs there was a majority in support of bringing the league to an end using points per game.

Yesterday our gaffer, Gary Jardine, gave us his comments on the shortened campaign.

Gary said: “In a year that’s been tough for all I’m glad that the uncertainties have now been put to bed and everyone now know’s where they stand.

“While our points total should have been better than it was, I have to thank our players for their efforts in such challenging and worrying conditions.

“Mac and I can be demanding at times, however, the group responded as they always do and having had time to look back at ‘our shortened season’ there were some real positives that we can build on as the club moves forward.

“As well as thanking the players I’d like to thank our committee and volunteers for their tireless efforts in giving us a safe environment which allowed us to return, albeit for only four months.

“A final thanks to Hibernian, Rangers and Livingston for agreeing to the loans for Jack, Connor, Bud and Johnny.

“These players have been a credit to their clubs and hopefully return better for their experience at Christie Gillies Park and we wish them all best for the future.

“I Look forward to seeing everyone in the not too distant future, however, for the time being stay safe!”

The squad will return to Lowland League action on Saturday 17th of July so keep an eye on our website for more details on that as well as any pre-season games.