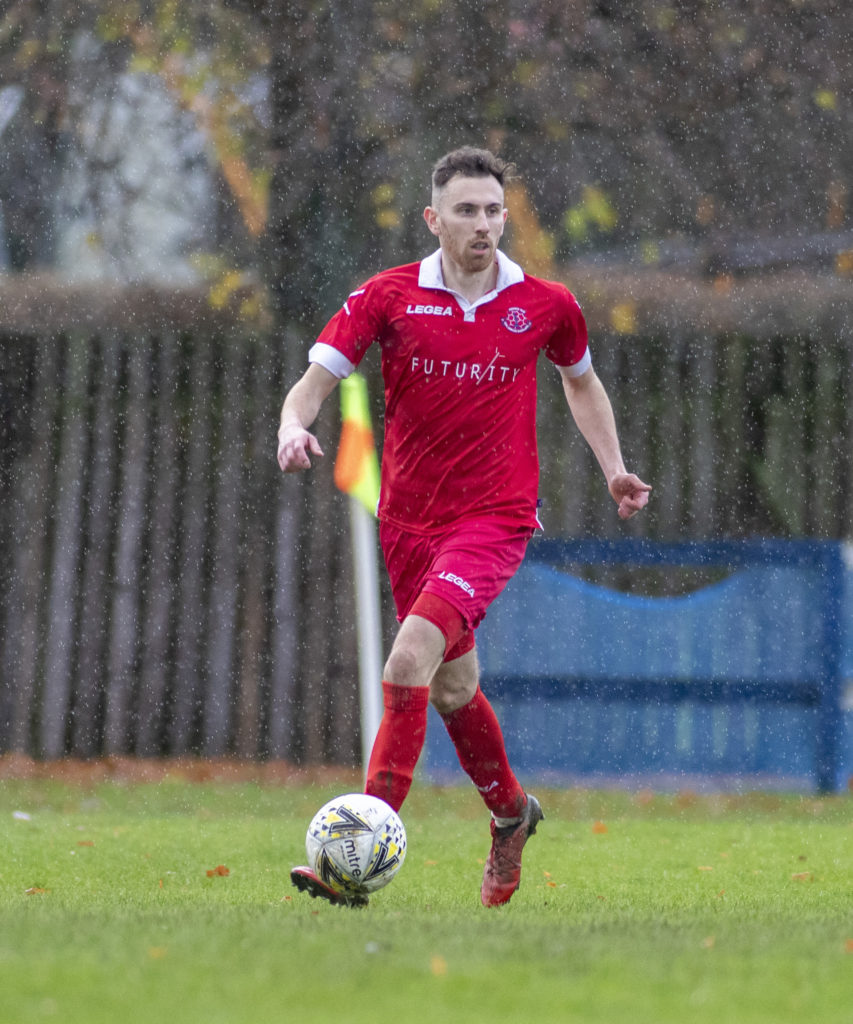 Both sides struggled with the conditions as the rain battered down and a strong wind caused problems for the sides.

Neither team threatened in the first half and went in at the interval goalless.

Into the second half and it was much the same as the first but Strollers made a couple of substitutions and on came Cammy Muirhead who started troubling the Gretna defence.

Gary Jardine’s men finally found the breakthrough after a neat passing move sam Muirhead roll the ball across the box to Newall who fired the ball high into the net.

Muirhead almost doubled Strollers lead after Josh Morrish broke the offside trap and crossed the strikers but his first-time effort was saved well by the keeper.

Civil will make the journey west next week to face Caledonian Braves.