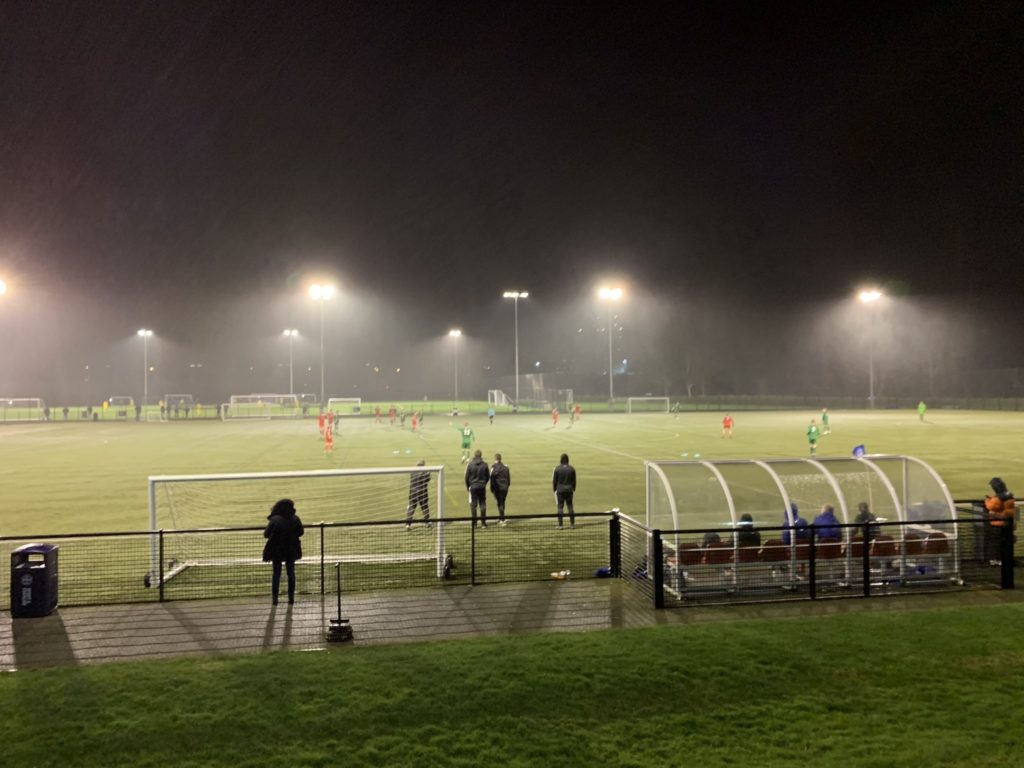 Strollers 20s went down two-nil at home to Stirling University on Friday night despite dominating the game against the students.

Both sides managed to play some good passing football in the opening half despite the monsoon-like conditions at Peffermill.

Neither keeper had any real work to do in the first half and the Uni had a chance to take the lead late in the half but the shot hit the post before the Strollers defenders cleared the danger.

As the rain lashed down and the wind whistled around the pitch, the young Strollers side stepped up a gear and took command of the game.

Cammy Fraser had a great chance to put Civil ahead when he was slipped in and Fraser broke the offside trap, as he went through his shot beat the keeper but went just wide of the target.

The home side then had an excellent chance to break the deadlock from a corner but couldn’t get enough on the ball to push it over the line.

McNab again found himself in a good position but the ball got caught up under his feet before the defender cleared the danger.

In a rare attack, the Uni almost took the lead when a cross whipped was headed towards the top corner but somehow

Ross Wallace managed pulled off an outstanding save at full stretch to push the ball over the bar.

Just as it looked like the game was going to end goalless the visitors were awarded a penalty after the sticker took a tumble in the box and Fraser Binnie converted the spot-kick.

This didn’t stop Strollers who went back up the park and applied more pressure.

Deep in injury time McNab was again upended in the box and it looked like a clear penalty to everyone watching but the ref turned it down, from this Uni went straight up the park and got their second goal of the night.