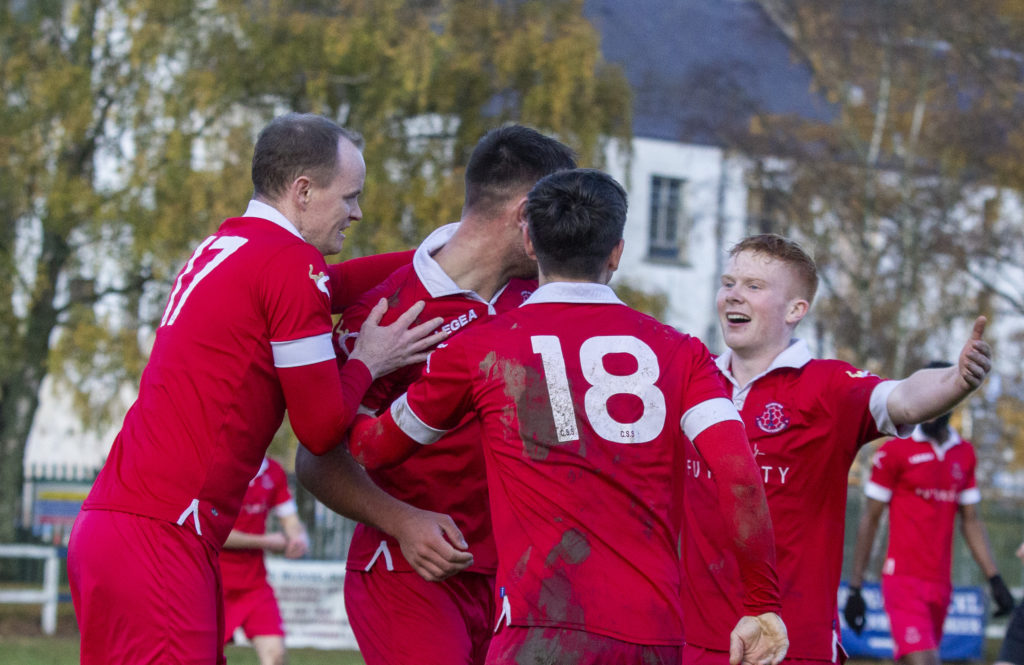 Civil Service Strollers picked up all three points on the road at Vale of Leithen with an outstanding second-half performance in the Borders.

Vale took the lead midway through the first half from the penalty spot after Craig Newall handled the ball.

Before the interval Vale’s manager, Chris Anderson, who played in the game, doubled his sides lead with a header from close range.

Gary Jardine’s side came out after the interval looking like a different team and started to dominate. With their pressure, it was only a matter of time until they scored.

Josh Morris pulled one back for Strollers after a great ball was played into the box by Calum Yeats before Cammy Muirhead cut it back to Morris whose perfectly placed strike nestled low in the corner of the net.

On the hour mark Strollers doubled their lead after some excellent passing play resulted in Craig Newall’s delivering a perfect cross and Andy Mair broke away from the defender to head the ball into the net.

Strollers were in complete control and took the lead through Muirhead who got on the end of Yeats and he simply rolled the ball into the net.

Callum Hodge sealed the victory for Civil in injury time when he broke away from the defence and slotted the ball beyond the keeper.

Strollers have no game next week and are back in action on 13th November when they host Hill Of Beath at Christie Gillies Park with kick-off at 7.45pm.

View all the action snaps from the game by clicking here.