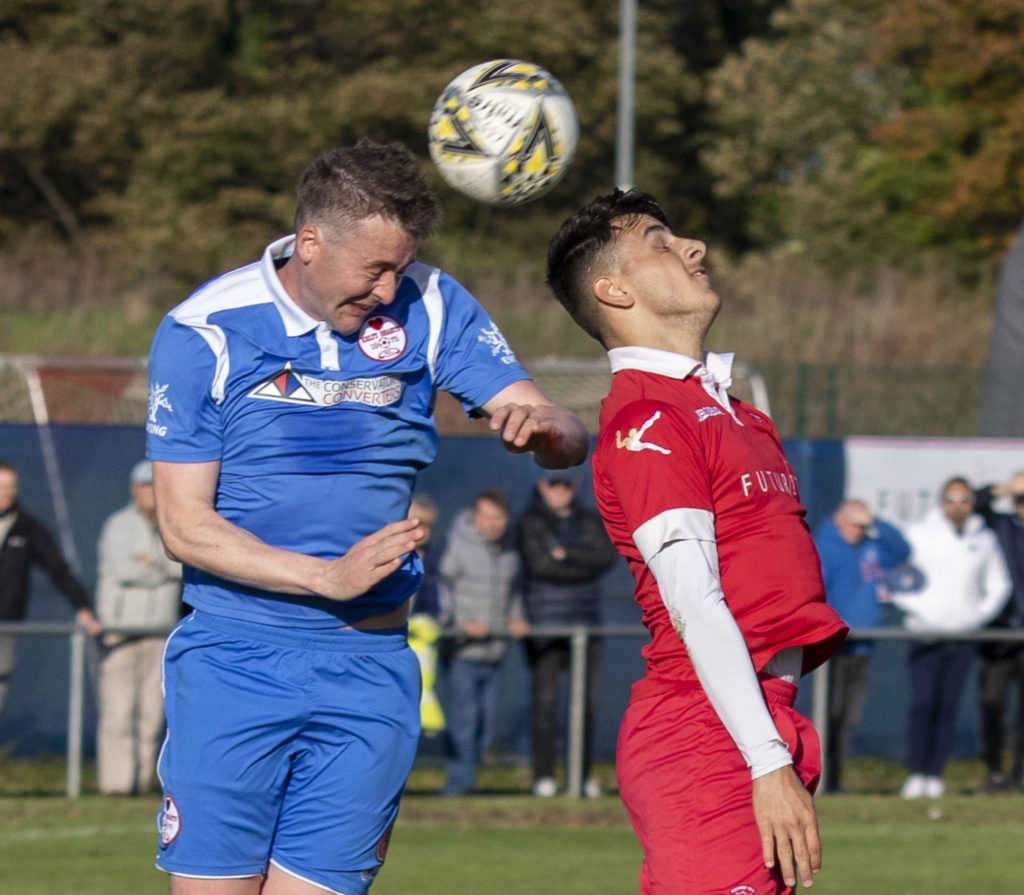 A Nathan Austin brace, including a winner deep into extra time with spot kicks imminent, was enough to put Kelty Hearts into the hat for the fourth round of the South Challenge Cup at the expense of Civil Service Strollers, writes Bernie Regan.

The result was tough on the Strollers who may have been lucky to come in at half-time just one down to Barry Ferguson’s high-flying Hearts – but whose performance in the second half and extra time pushed Kelty all the way.

Strollers gaffer Gary Jardine should take a lot from the way his side hauled themselves back into the game after the break and could have even won it themselves when the scores were level six minutes from the end of extra time – but Alieau Faye opted for placement rather than power when clean through on goal, and Ben Mackenzie in the Hearts goal stayed big to make a smothering save.

It was a high quality game, and Civil came into it with memories of the 5-0 league defeat at Kelty still fresh in their memory. Hearts looked to carry on where they left off, and came out of the blocks fast, dominating possession throughout the first period.

Nathan Austin was full of attacking intent, having his first sighter on six minutes – a simple give and go on the edge of the Strollers box put him through, but his stabbed finish was pushed away to safety by Josh Donaldson.

Ten minutes later he made no mistake. Kelty were mixing their short, passing and probing game, with sudden long diagonal balls into the channels. One such pass found Chris Dodd on the left, and his deep cross to the back post was headed home by the big Kelty number 9 for his 23rd goal of the season in all competitions.

He almost grabbed a second just after the half hour mark – bouncing back to his feet when strongly challenged by Kyle Fee and Iain Ballantyne, and skimming a shot off the top of the bar from a tight angle. Austin then turned provider just before the break. His dangerous cross from the left was poked goalwards by Ross Philp from inside the 6 yd box but Josh Donaldson pulled off an instinctive point blank block to keep his side in the game.

Strollers had barely had a sniff of a chance in the first half – but they signalled their intent within 30 seconds of the restart. Jack Hodge was involved in breaking up play in the middle, and the ball popped forward to Ryan Shanley 25 yds from goal – it sat up perfectly but his dipping strike cannoned back off the Kelty bar.

Just before the hour mark, the two linked up again – Hodge’s angled through ball put Shanley in behind Fernandy Mendy and darting into the box. The big defender’s challenge was clumsy, and in a tangle of legs he hauled down the striker, with the ref rightly pointing to the spot. Alieau Faye sent the keeper the wrong way and stroked home the equaliser into the bottom right hand corner.

Mendy nearly made amends ten minutes later, rising at the back post but powering his header just over from a Kelty corner. And Nathan Austin again reminded Civil that he wouldn’t be kept quiet – sliding one ball dangerously across the box, and having another goal disallowed for offside.

But Civil were now finding their rhythm and matching the visitors. Callum Yeats was playing well before being forced off after a heavy challenge from Arnault Bembo on the hour. Andy Mair and Craig Newall were growing in influence – and it was from another lung-busting Newall drive down the right on 78 minutes that put the dynamic Shanley in again.

His first touch in the box was good but his shot just faded wide. Jack Hodge tried a couple of range finders from distance but couldn’t keep them down. And Alieau Faye curled one chance wide, after good build up play from Hodge and Irving.

Extra time came, and after a goalless first 15, both sides threw themselves forward in search of a winner. Kelty thought they’d scored right at the start of the second period of extra time – Bembo stabbing it goalwards as Civil threw bodies on the line as they struggled to clear a Kelty corner.

Next Josh Donaldson was at full stretch tipping a Thomas Reilly header over. But it was end to end, and Alieau Faye had two solid chances in the dying minutes before Austin settled the tie.

Regardless of the result, Civil will be pleased with how they recovered against a very good Kelty Hearts side, who remain one of the sides to beat in the Lowland League. Kelty now progress to the fourth round, and their next tie will be played on 9 November 2019.