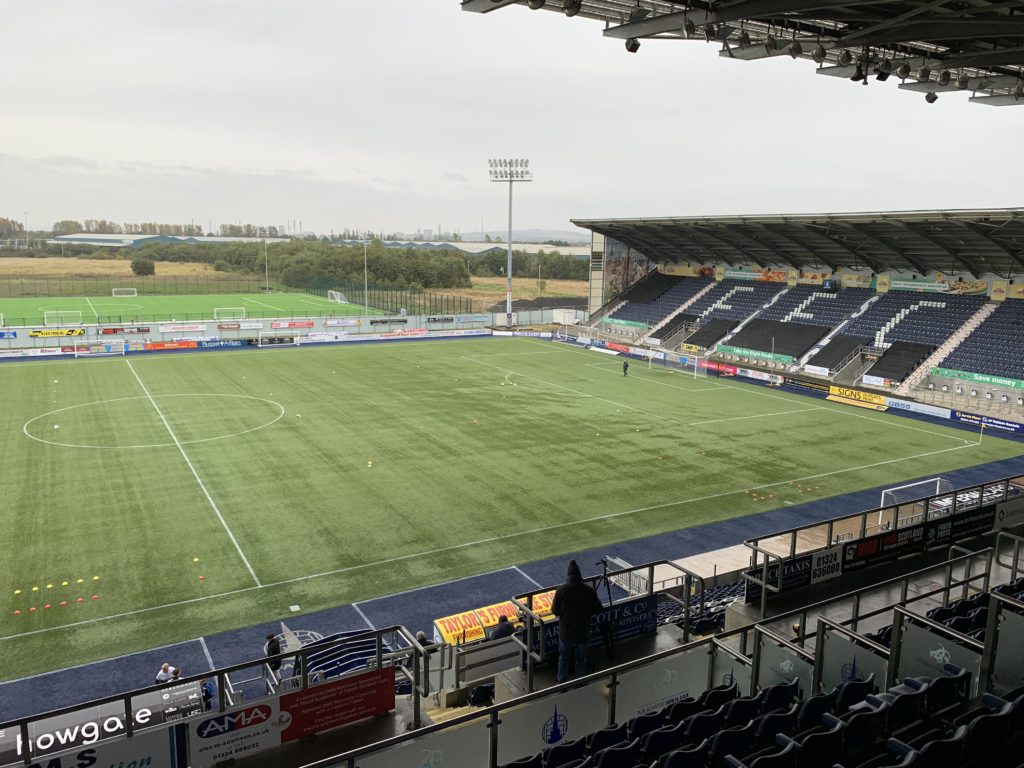 Strollers gaffer, Gary Jardine, had five teenagers in his squad as they made the trip along the M9 to the Falkirk Stadium to face East Stirlingshire in yesterday’s league match.
Youngster, Ryan Shanley, almost fired Civil ahead In the opening minutes after getting on the end of a Cammy Muirhead strike, the young striker’s first time effort looked sure to find the net but Barclay in the Shire goal pulled off a superb save at full stretch to tip the ball wide.

Civil again game close a few minutes later when Craig Newall went on a tricky run and broke away from the defender his shot beat the advancing keeper but went inches wide of the post.

Low then had a chance for the home side but his effort from the edge of the box went over the bar.

Josh Morris was next up with an effort for Civil men when he got on the end of a delicate chip into the box from Muirhead, but his diving header beat the keeper but went the wrong side of the post.

Strollers finally found a breakthrough when Newall played a ball into the box that was flicked on by Morris to Hodge and the youngster rolled the ball beyond the keeper and into the net.

Muirhead had another chance on the hour mark from long range, but his effort was held well by the keeper.

The Shire claimed for a penalty when Eddie Malone fell over in the box at a cross but referee, Stuart Luke, rightly waved away the claim.

With ten minutes to go, the Shire drew level through Mark Millar’s superb free-kick on the edge of the box curled in the bottom corner.

The Shire then went in front when Jamie Dishington got on the end of a corner that was whipped into the box, Dishington was quick to react and his header found the back of the net.

Civil are back in action next Saturday when they host Kelty Hearts at Christie Gillies Park.