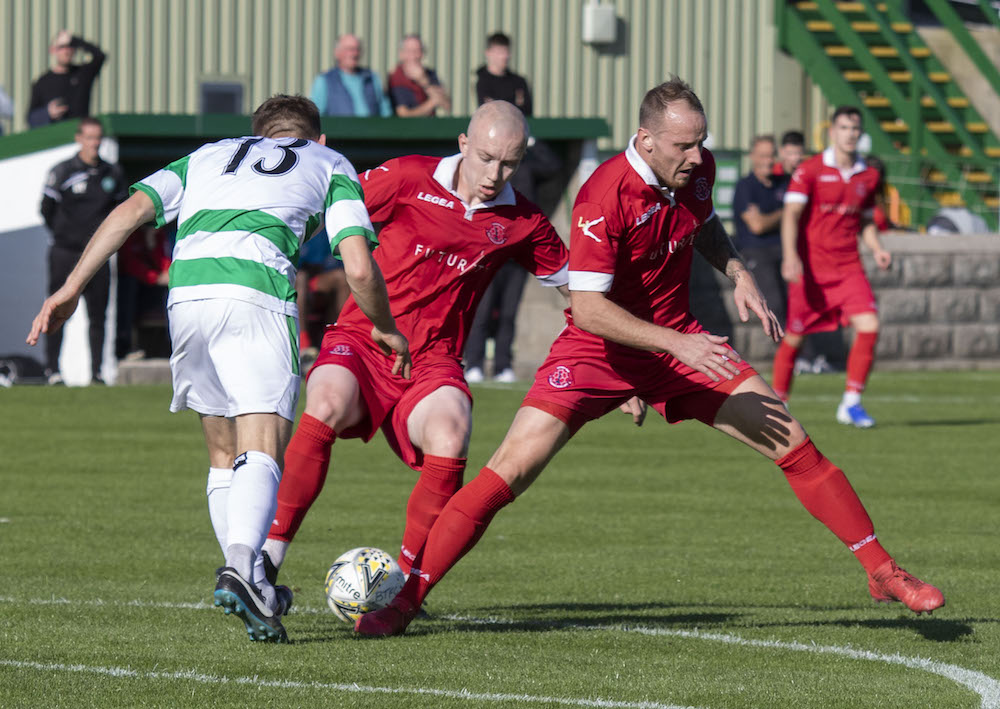 Civil Service Strollers are out of the William Hill Scottish Cup after a 4-1 defeat on the road to Buckie.

The home side, who are sitting top of the Highland League, took the lead in the opening minutes when a free kick from the edge of the box was whipped and Hamish Munro stroked the ball beyond Josh Donaldson in the Civil goal.

Strollers new signing, Ryan Shanley, then forced a save from the Buckie keeper when Strollers made a quick attack, the loan player’s first time effort was saved well by Lee Herbert in the Buckie goal.

Minutes later the home side doubled their lead when Andrew MacAskill picked up the ball in the Strollers half and his stunning strike from a full twenty-five yards out nestled in the top corner.

Before the interval Buckie got their third goal of the afternoon after Kevin Fraser pounced on the all after a terrific save from Donaldson, the keeper managed to get back on his feet but couldn’t get enough on the ball to stop it finding the net. Cammy Muirhead came on for Gary Jardine’s men in the second half and pulled one back for Civil from the penalty spot after Jack Hodge was fouled in the box.

With fifteen minutes to go Craig Cowie sealed the win for the home side with a header from close range.