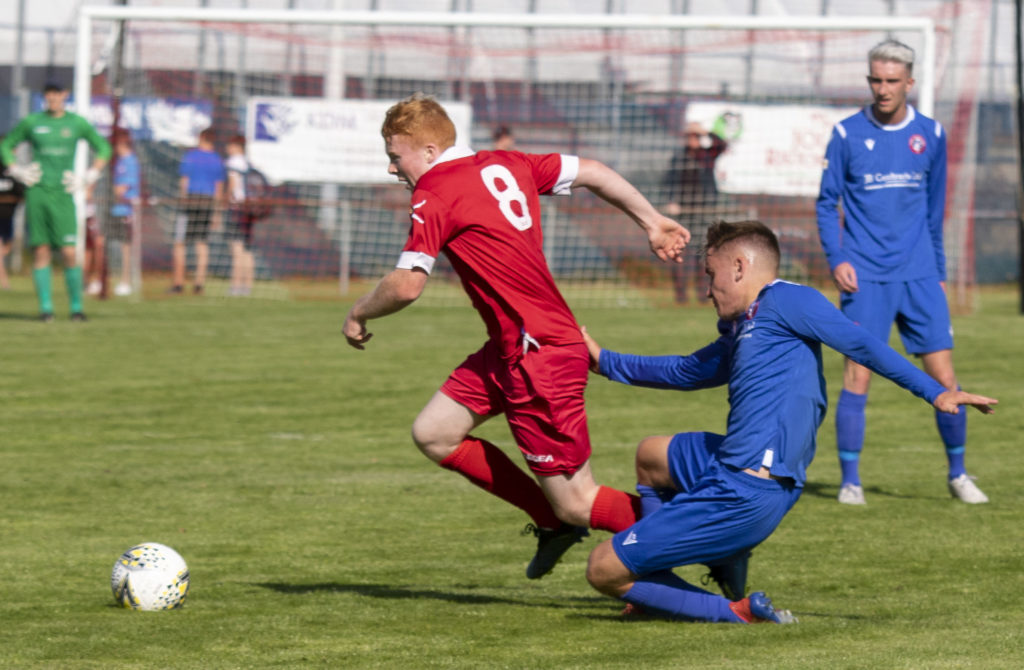 It was too little too late for Civil Service Strollers who lost their previously unbeaten home record to a relentless Spartans side whose deserved victory saw them leapfrog their opponents in the Lowland League Table, writes Bernie Regan.

Spartans scored twice before the break, and could have been further in front before a frantic final quarter saw the Strollers belatedly burst into life. But Josh Morris’s stoppage time finish was all they had to show for their efforts in front of a watching Gordon Strachan alongside the highest crowd of the season at Christie Gillies Park. Spartan’s looked a threat from set-pieces all day, with Blair Atkinson’s low angled finish from 12 yards and Adam Corbett’s powerful header just before half time capping a dominant first half display. Stuart Burnside in the Strollers goal did enough to put off Aaron Murrell on 10 minutes, after Callum Yeats’ misjudged backpass was pounced on by the Spartan’s number 9, and the keeper was at full stretch to push a goalbound header from Michael Bolochoweckyj around the post on 22 minutes. There was little he could do just after the half hour mark, when Murrell was again played through on the left – but his angled drive flew just the wrong side of the Strollers upright.

Despite another tireless display by Cammy Muirhead up front, and some superb last ditch defending by Kyle Fee, Civil had few bright moments to show in the first half. Their only sight on goal was one half chance for Craig Newall, who shot high and wide when well positioned on the edge of the Spartans box.

The second half began as the first ended with Spartans’ Dean Hoskins a constant threat down the left hand side. Blair Atkinson could have grabbed his hattrick inside the first 10 minutes – heading over when unmarked one minute after the break, and scooping the ball over the Strollers bar from 6 yards out when it looked easier to score.

Cammy Muirhead headed over just inside the hour mark, capping Strollers best move of the game, but it was only when Civil shuffled their pack, bringing on Josh Morris on 65 minutes, and Johnathon Deevers and Josh Robertson inside the last 10, that they started to rattle their opponents.

Morris threw himself at a dangerous inswinging Muirhead cross on 75 minutes – a half chance that left two Spartans defenders on their backs requiring treatment. Minutes later he stung the gloves of Blair Carswell in the Spartans goal with a drive from distance. Johnathon Deevers then headed over, after good work down the left by Josh Robertson. And Morris almost got on the end of another threaded through ball – but his desperate lunge ended in a booking as Carswell got to the ball a fraction ahead of the striker.

The goal when it came in stoppage time, was from another dangerous angled cross fired into the Spartans box – Cammy Muirhead knocked it down, and Morris flicked the ball in off the far post. There was still time for one last chance, as Civil won a free kick midway in the Spartan’s half and launched it into the area – but after some pinball in the box, the ball was fired high over the bar and the final whistle blew.

Civil now turn their attention to the Cup, with back-to-back knockout games away at Sauchie Juniors and Buckie Thistle, before they return to league action at home against struggling Edinburgh University in three weeks time.