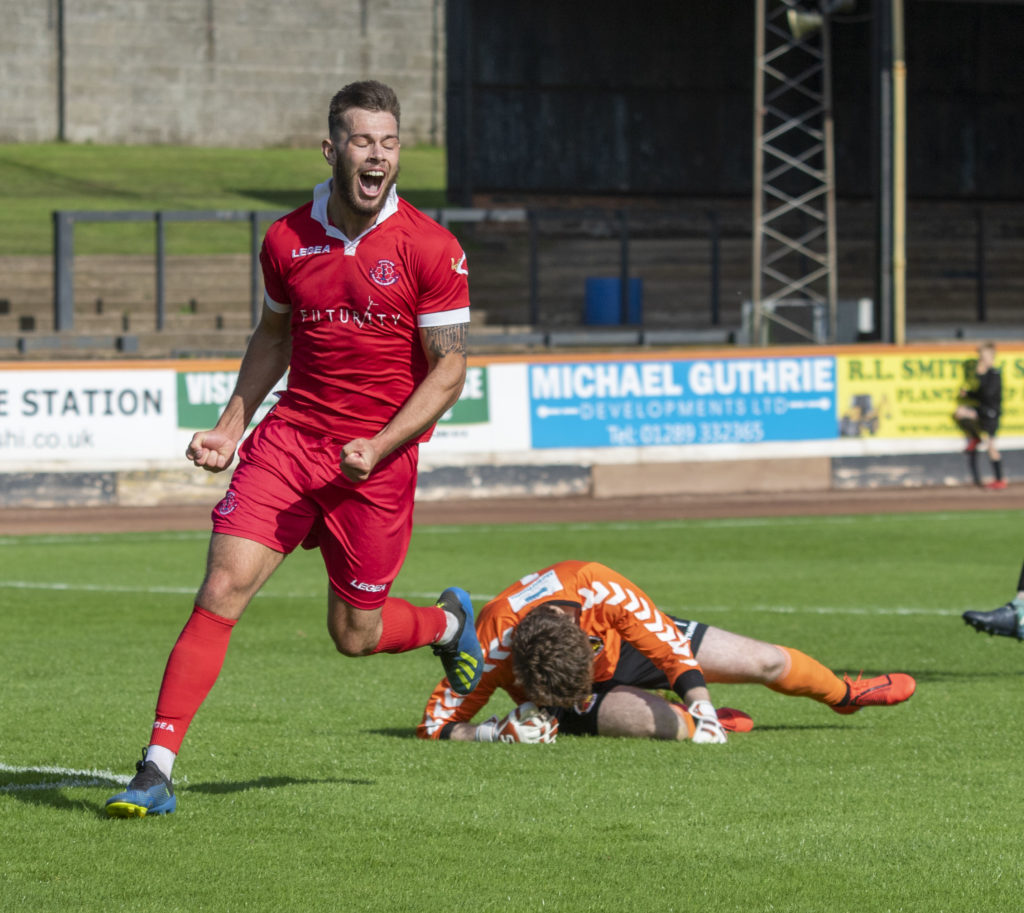 Civil Service Strollers picked up all three points with a dominant second half display at Shielfield this afternoon.

Gary Jardine’s men travelled south on the back of a good win in midweek against East Kilbride.

Berwick took the lead early in the first half when a ball into the box wasn’t cleared and this allowed Lewis Barr to slide in and prod the ball into the net.

A few minutes later Civil equalised when Matthew Cunningham nipped in between the keeper and the defender and had the simple task of slotting the ball into the net.

Into the second half and Civil started the brighter and with their pressure it was only a matter of time before they scored.

Cammy Muirhead put the visitors in front after some great link-up play between Cunningham and Jack Hodge who then slipped the big striker in the score.

Muirhead bagged his second of the afternoon when he was again played in by Hodge and he fired home.

This win moves Strollers to third in the Lowland League.

You can view all the action photos by clicking here.