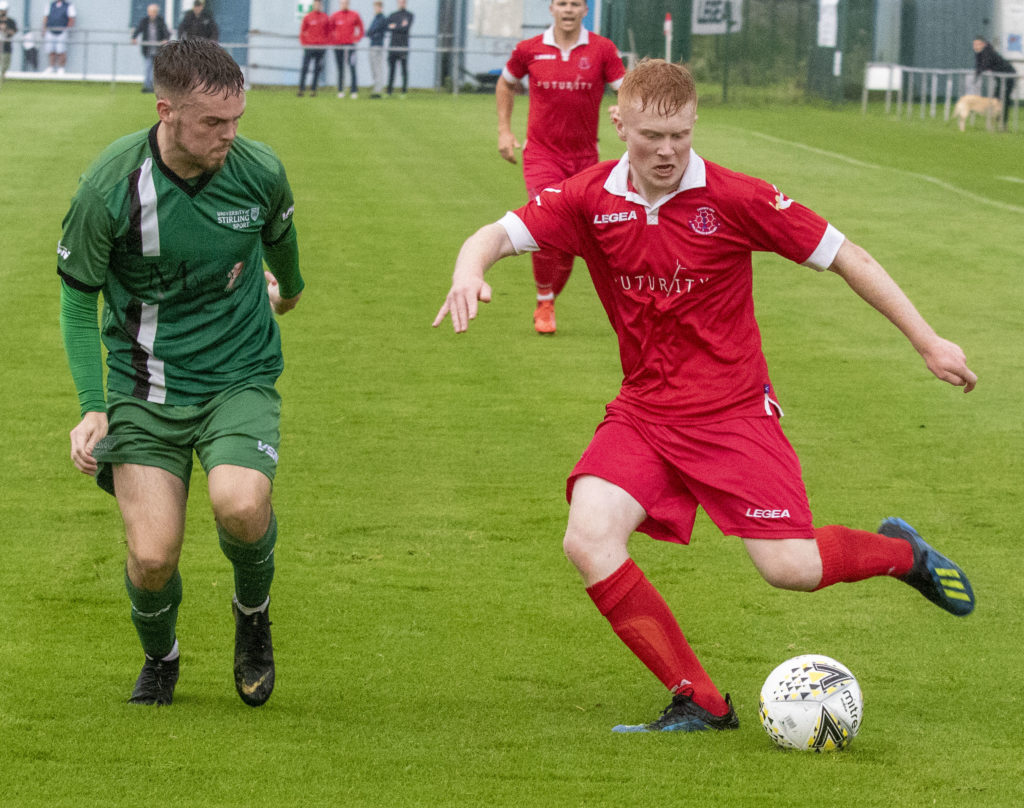 In a game of few clear cut chances, they were pushed all the way by a fast, direct and energetic Stirling side who will certainly feel they did enough to take a share of the spoils at Christie Gillies Park.

Civil’s started brightly, controlling possession for the first 15 minutes and looking to release Callum Yeats down the left at every opportunity. It was from his deep cross that the goal came – the Stirling keeper was at full stretch and could only tip the ball to the feet of the onrushing Alieau Faye.

The midfielders prod goalwards was pushed back out to Andy Mair who followed up and calmly stroked it in from 6 yards.

But Stirling grew as the game wore on, and were a constant threat – particularly from set pieces. Civil stopper Stuart Burnside had to be at his best, instinctively tipping one goal bound effort over the bar midway through the first half, and smartly saving with his legs on the hour mark as Stirling pushed for the equaliser.

In between times the Strollers defence, marshalled by the excellent Shaun Turnbull, put in a bend-but-not-break performance that delivered another clean sheet which will have pleased manager, Gary Jardine, ahead of the visit of the free-scoring Bonnyrigg Rose this coming weekend.