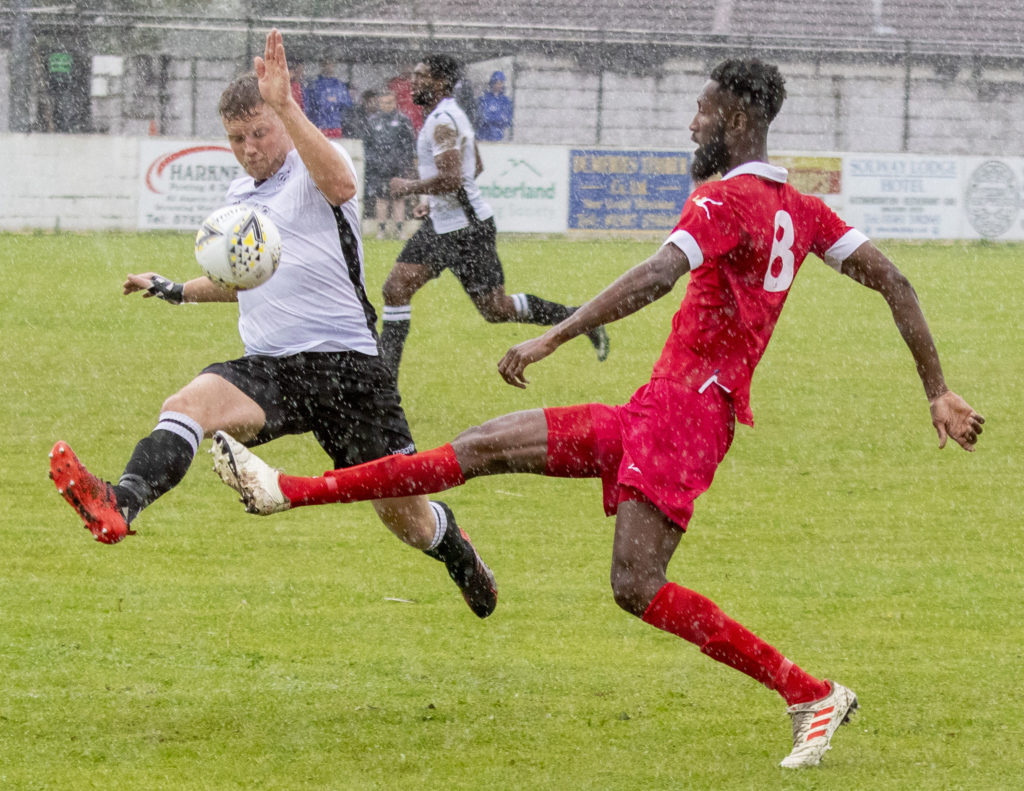 Civil Service Strollers picked up all three points with a dominant display against Gretna 2008 on the opening day of the Lowland League season.

Gary Jardine’s men went into the game on the back of four wins in their pre-season matches but knew they would need to be at their best to beat the Raydale Park men.

Despite the torrential rain in the first half both teams played some great attacking football on the slippery surface and created chances, however, neither found a breakthrough and went in at the interval goalless.

Fifteen minutes into the second half and Strollers patience paid off when captain, Mark McConnell, nodded them ahead when he got on the end of a Scott Main cross into the box.

This goal spurred Strollers on, and ten minutes minute later Jack Downie doubled their lead when he picked up the ball on the edge of the box from a slack clearance and his first-time effort curled into the top corner.

With just a few minutes left Downie bagged his second of the afternoon from close range to seal all three points for the Strollers.

You can view all the pictures from the match by clicking here.