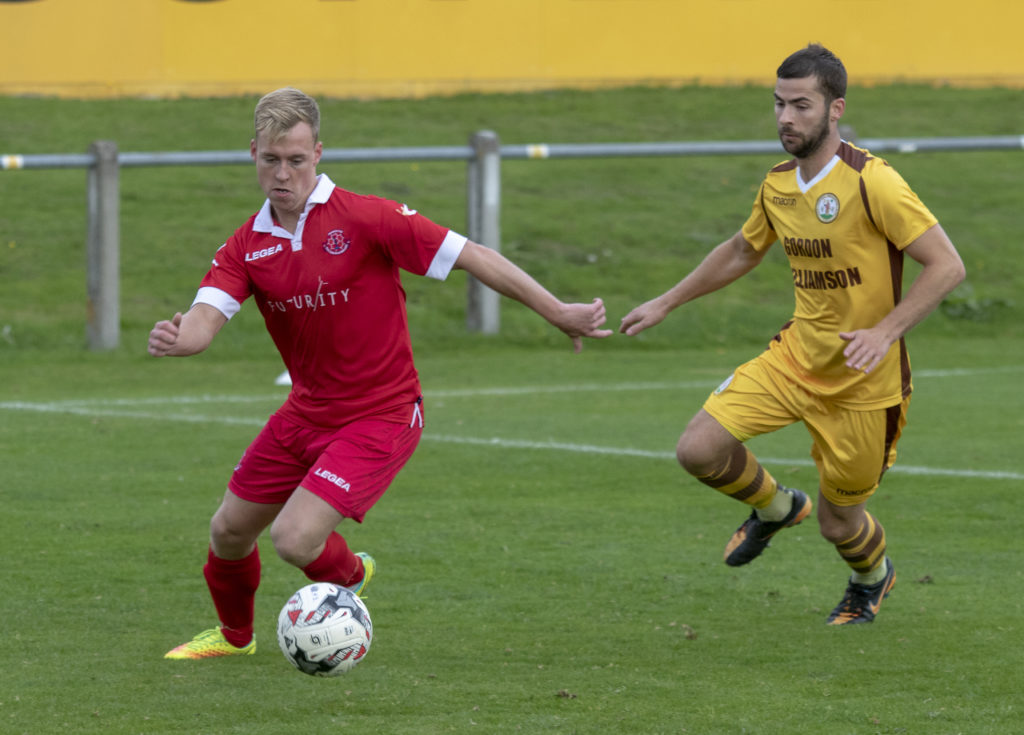 Civil Service Strollers made the long trip north to face Highland League outfit, Forres Mechanics, in the first round of the William Hill Scottish Cup.

Both teams have started their league campaigns well and find themselves in the top half of their respective leagues.

The tie was billed as one of the games of the round with both teams on fine form going in to Saturday’s match.

Civil started the brighter of the sides and their pressure paid off after quarter of an hour when Robbie Laird headed Gary Jardine’s men in front when he got on the end of an Andy Mair cross, his perfectly placed header left the keeper with no chance.

Robert Duncanson almost levelled it for the Can Cans with a drilled shot from twenty yards out that looked net bound but Kyle Rankin in the Strollers goal tipped it over the bar at full stretch.

Mechanics did level the game just before the interval through Alan Pollock who hit a shot from long-range that went in of the post.

Both sides created good chances in the second half and the home side took the lead on the hour mark when Pollock rifled in a shot from the edge of the box.

David Churchill came on to replace Scott Clapperton for Civil and almost levelled the game but his shot went just wide of the target.

Just before the final whistle, Churchill, did find the net after going on a tricky run before slotting the ball beyond the advancing keeper and into the net.

With it all level at the full-time whistle the sides will fight it out again next Saturday at Christie Gillies Park.