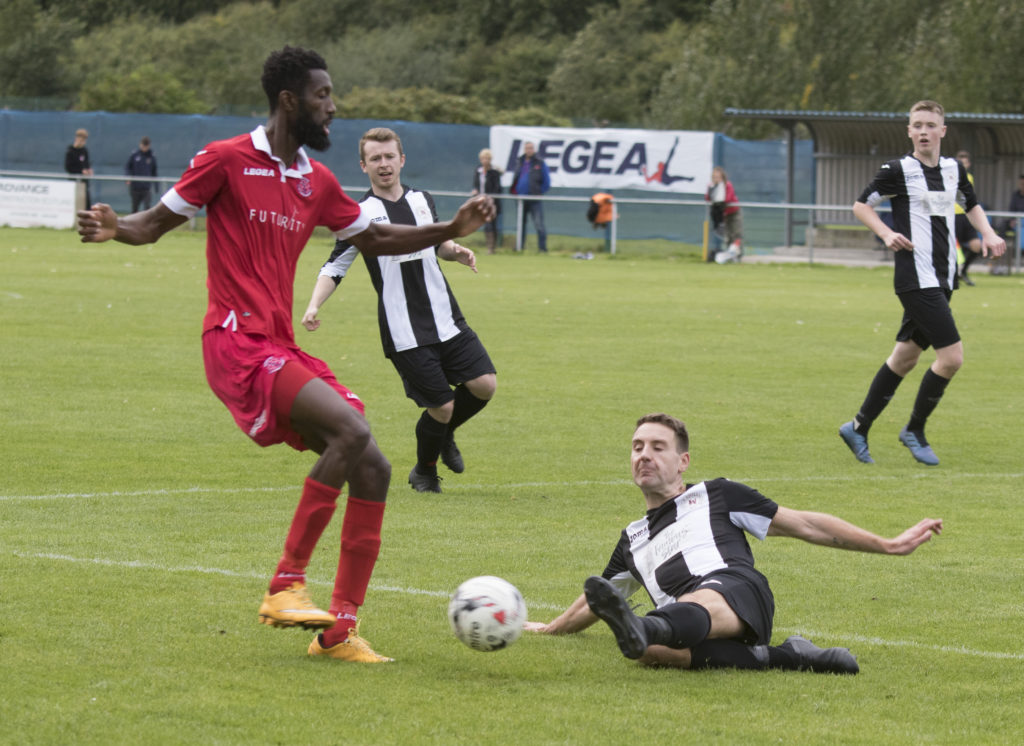 Civil are into the next round of the South Challenge Cup after a convincing 5-0 win at home to Upper Annandale.

Jordan Hopkinson fired Gary Jardine’s men ahead in the opening minutes after getting on the end of a long ball. Hopkinson cut inside the defender before firing the ball beyond the keeper.

Keith Murray doubled Strollers lead minutes later when his header from an Andy Mair cross went in on the underside of the bar.

Alieau Faye made it three nil when Upper Annandale failed to clear their lines, the big striker composed himself well before stroking the ball into the top corner.

Just before the interval Hopkinson bagged a brace when he broke away from the defence and slotted the ball beyond the keeper at the near post.

Late in the game Cammy Muirhead sealed the victory when he was played in by Shaun Turnbull, Muirhead went through one-on-one with the keeper and smashed the ball high into the net.

Civil are in William Hill Scottish Cup action next Saturday away to Forres Mechanics.

You can view all the photos from the match by clicking here.