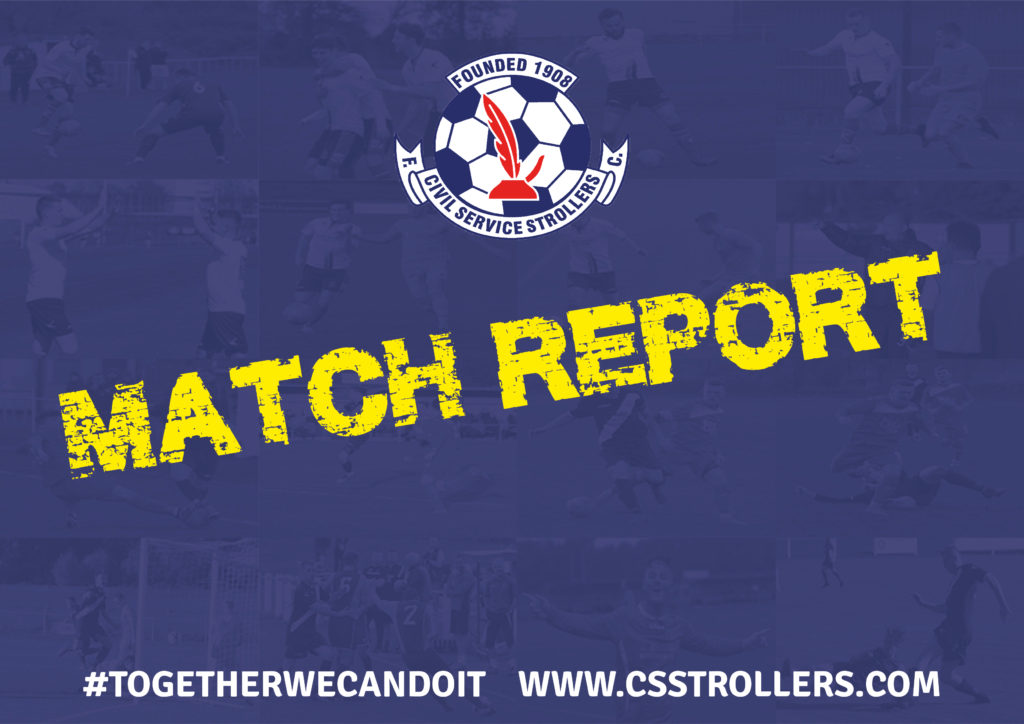 Civil Service Strollers started their defence of the South Challenge Cup with a convincing 9-0 win over south division side Wigtown and Bladnoch.

Gary Jardine’s men went into the game on the back of a good league run which, prior to the game, seen the north Edinburgh team sitting top of the Geosonic Lowland League. Cammy Muirhead took just three minutes to find the net after getting on the end of a ball into the box, he composed himself well before placing his header beyond the keeper and into the net.

Keith Murray was next up to get on the score sheet after his persistence paid off and his shot somehow wasn’t cleared by the defender on the line and the nestled in the bottom corner.

It was one way traffic for the remainder of the half and the home side got their third goal through Steven Froude with a perfectly placed header just before the interval.

After the break Civil continued to bombard the Wigtown goal and got their fourth when Froude headed the ball back across the face of the goal to find Shaun Turnbull who headed home.

Turnbull got his second moments later when the ball wasn’t cleared, the big defender smashed the ball into the net from close range. Minutes later Civil were awarded a penalty after Turnbull was pulled down in the box, Turnbull stepped up and rolled the ball down the middle to bag his hat-trick.

Mark McConnell made it seven nil with a perfectly placed free kick from 20 yards out curled in the top corner leaving the keeper with no chance.

Keith Murray got his second of the afternoon from the penalty spot after being tripped in the box. Jordan Hopkinson scored late in the game after coming off the bench.

After the game Gary Jardine, said “We played well today but we go again at training this week to prepare for our league game against Gala next week.”

View all the photos from the game by clicking here.