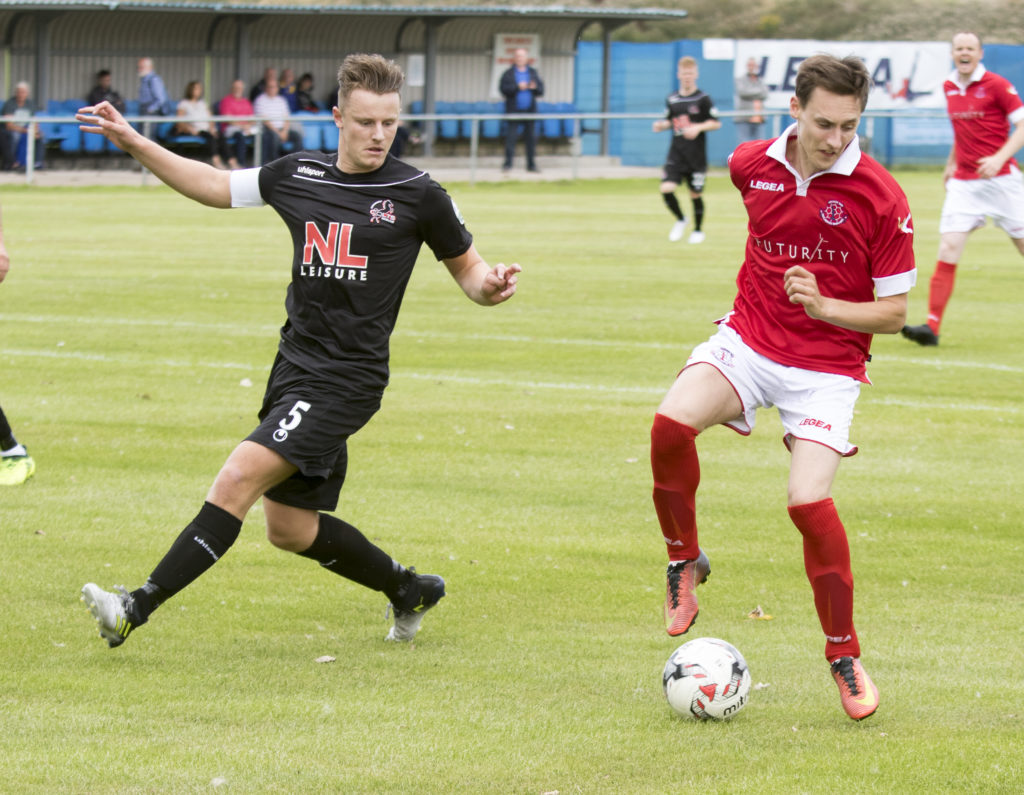 Despite six players out injured Civil made it three wins on the bounce when they hosted Cumbernauld Colts at Christie Gillies Park on Saturday.

This win moved Gary Jardine’s men into second spot in the league.

Jardine had to shuffle his squad and the injured Keith Murray and Ross Guthrie had to start after David Churchill picked up in an injury in our win over Selkirk in midweek.

Loan player Cammy Muirhead was also ruled out after picking up an injury at training on Thursday.

Both teams started the game well but neither side had any real goal scoring chances.

Ten minutes after the interval Civil finally found a breakthrough through Jordan Hopkinson who also scored in midweek. The former Selkirk player was played in and showed great composure to fire the ball beyond the keeper and into the net.

At the other end Kyle Rankin had to produce a great save to keep the home side in front.

Civil had a few more chances in the latter stages of the match and overall were worthy winners.

Next week Civil will host Dalbeattie Star in a Lowland League match at Christie Gillies Park at 3pm.

You can view all the photos from yesterdays game by clicking here.