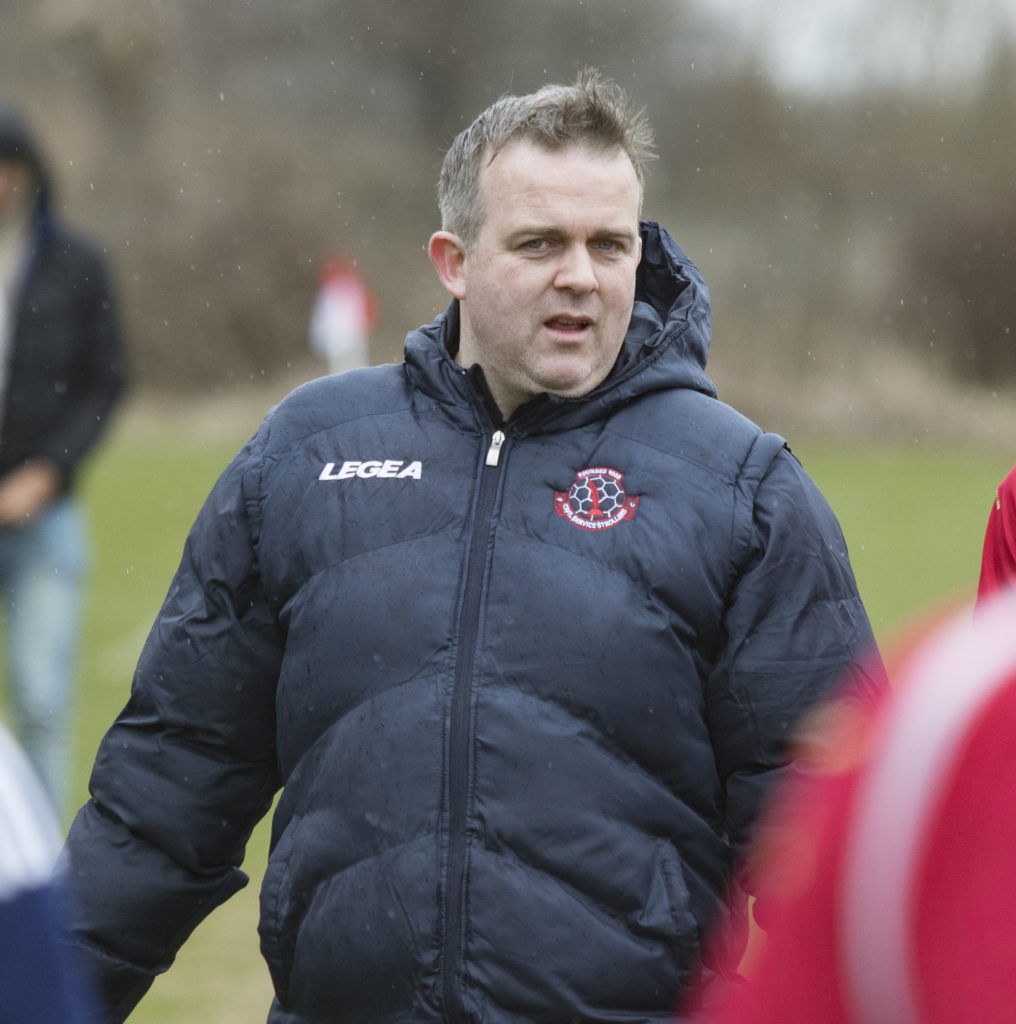 Tomorrow we kick-off our Lowland League campaign and we welcome Vale of Leithen to Christie Gillies Park.

This will be the Strollers first game under new gaffer, Gary Jardine, who replaced Alex Cunningham.

Looking back at a busy pre-season schedule the former Edinburgh boss said “Tomorrow we face our much awaited first game of the new season.

“I say long-awaited as pre-season always seems to drag on as you await the first game of the season with excitement and trepidation.

“From our perspective pre-season has went well however you only really find out how well after the first month of the season has passed.

“Results in our games so far have been mixed which is perfect for Mac and I in terms of reference points for the players.

“We took on a tough schedule which seen us play five games in nine days where I thought he application and effort of the players was excellent.

“Our first couple of matches against Cowdenbeath and Frickley seen us train in the morning before playing in the afternoon which perhaps played a part in the result, losing by a single goal in each, but worked really well in terms of fitness and playing when tired.

“Following on from Frickley we played really well on a tight park against Tynecastle and created lots of opportunities in our 4-1 win.

“Our third game in 5 days came against Bonnyrigg and while results aren’t the most important thing in pre-season I thought we controlled the game well without the ball and it was pleasing to get a clean sheet winning 2-0.

“We played Berwick Rangers two days later and despite going down 2-0 I thought the boys played extremely well especially so in possession of the ball for first 60 mins.

“Our fifth game in nine days came against Dunbar and with a lot of tired legs on show were defeated 2-0 however in terms of lessons learned was perhaps our most important match.

“We rounded off pre-season on Tuesday with a good performance and a 2-1 victory over a young Dunfermline reserve side, which, despite being arranged at the last minute was an excellent exercise.

“One of the things that we all look at during pre-season is how new players integrate with old players and I feel Ross Guthrie and Keith Murray have come in and hit the ground running.

“Both are cracking lads as well as top players at this level and will prove to be great additions.

“While we ended last season on a high with fantastic memories banked the players and coaches now need to concentrate on how the club continues to improve.

“With the league continuing to move forward and team strengthening there is no time to rest on your laurels.

“We face an extremely tough opening fixture and with

“Chris recruited extremely well we will need to better than we have done to take anything today.

“That said I’m pleased with our lads last six weeks work and can’t wait to get started.”