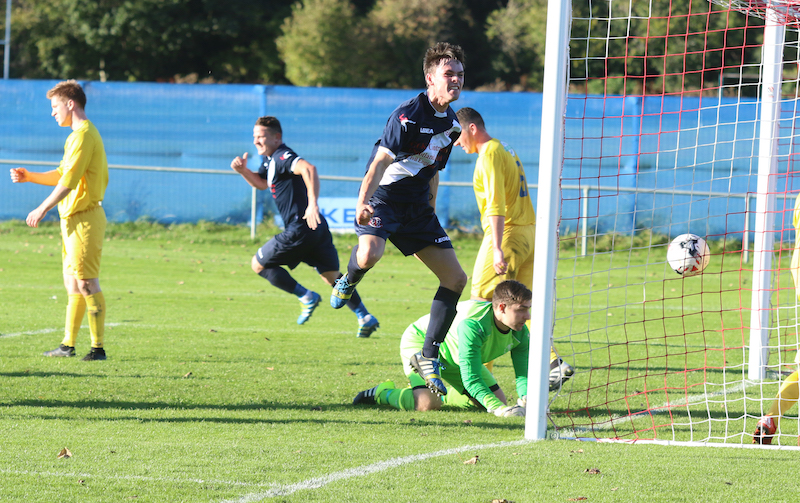 As we prepare to kick-off our new league campaign we caught up with club chairperson, Russell Pryde, as we look forward to welcoming Vale of Leithen to Christie Gillies Park on Saturday.

Russell has been involved with the Strollers for 42 years as a player, manager, committee member and now president.

Russell said “Everyone at Strollers looks forward to welcoming the Vale to Christie Gillies Park on Saturday.

“Vale were of course the opposition for our final home game of last season, eleven short weeks ago, and if this game is anywhere near as good as that game then no one will be disappointed.

“We were fortunate enough to be the victors after extra time that day, which led to one of the biggest occasions for this club for many a year as the following week we lifted the South of Scotland Challenge Cup at Musselburgh against a very good BSC Glasgow side, again after extra time.

“That was the icing on a particularly successful season for us having also finished in the top half of this hugely competitive Lowland League.

“I’d also like to recognise the progress that the Youth section is making with a particular mention for the 2004 team who won their league at the first time of asking.

“Well done to them and well done to all the coaches and volunteers who are making such a big contribution at our club.

“This is the first competitive game for Gary and Ross in charge of the team although of course they have been with the club since January supporting Alex.

“They bring not only a great football pedigree – as the only management team to have actually won promotion to the SPFL with Edinburgh City – but also a desire for everyone to enjoy their football and their time at this club.

“I buy into that big time and look forward to giving them all the support we can.

“Looking back to our first game as part of the Lowland League in July 2016 I offered my thanks to the East of Scotland League for many happy years and wished them well in what had become difficult times.

“It is to their great credit that they pulled through those tough times and are now in the vanguard of one of the most welcome revolutions in memory at this level of football.

“That has laid down a challenge for us for the foreseeable future and we welcome it.

“We have our SFA audit visit on 21st August and I would like to record my thanks to the Strollers committee for the efforts that have been made in preparation for this.

“We don’t take being a Licensed Club for granted and we will continue to ‘up our game’ off the park in line with the stellar work being done on the pitch.

“Talking of the committee I am delighted to formally welcome Laura, Naz, Stevie and of course Alex as new committee members. They have all been heavily involved for some time in different roles at the Strollers and their continued involvement in their new roles is great news for the club.

“Finally, I must thank all our sponsors – it is greatly appreciated, particularly our most recent sponsor David Hand and Futurity Financial Services – welcome to the Strollers.”

Our game against Vale of Leithen kicks off on Saturday at 3pm at Christie Gillies Park and entry is £6/£3 and under 16’s are always FREE.