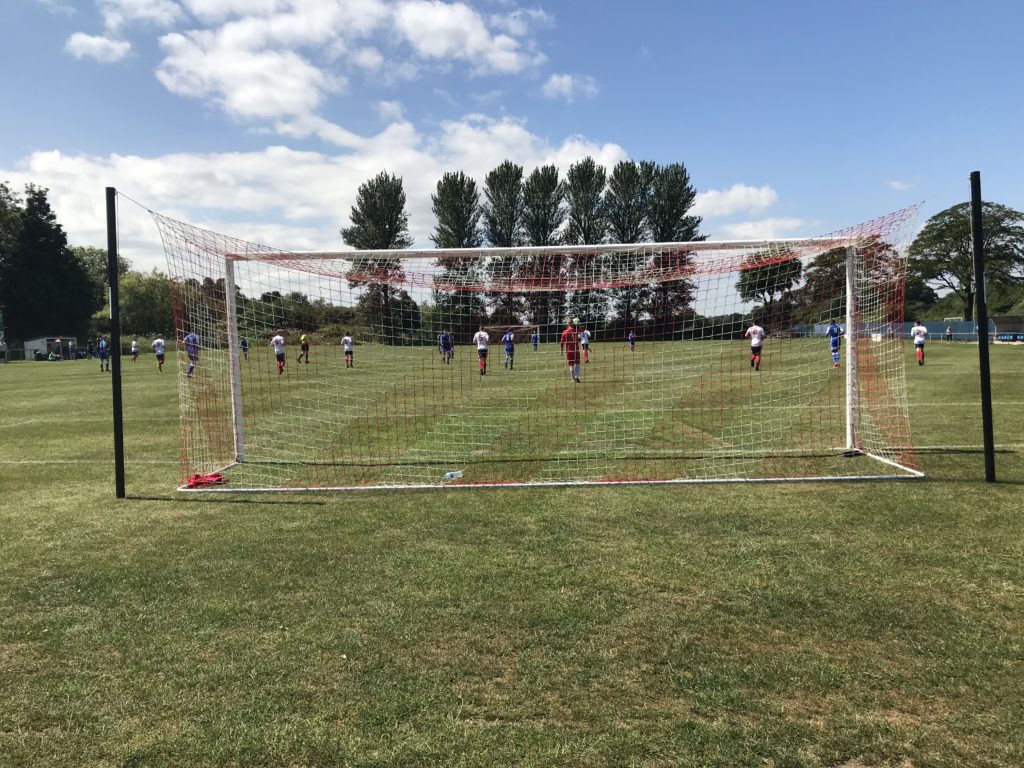 The Yorkshire based club play in the Evo-Stick Division where on a tour of Scotland this week.

Civil got a great start by taking the lead in the opening minutes after David Churchill reaches quicky to pick up on a pass from the keeper, Churchy slotted the ball beyond the keeper.

Gavin Allott leveled it for the visitors after Civil failed to clear their lines.

The big striker took his time before firing the ball into the net.

Frickley then went in front after some great one-touch play and the ball ended up at the feet of Allott who got his second of the afternoon.

New signing, Keith Murray, almost scored on his debut after some tricky play from Churchy who played him in, his shot deflected off the defender and straight into the keeper’s arms.

From this Frickley broke away and Hazel went through one-on-one with the keeper, his delicate chip left be advancing Rankine with no chance and the visitors went two ahead.

Civil pulled one back after some great work on the wing from Newalls who delivered a ball into the box that a trialist smashed into the net from close range.

Churchy almost got his second of the match after Newalls plates him in on the edge of the box, his shot beat the keeper but went over the bar.

Both teams had chances to score but Frickley ran out winners on the day.