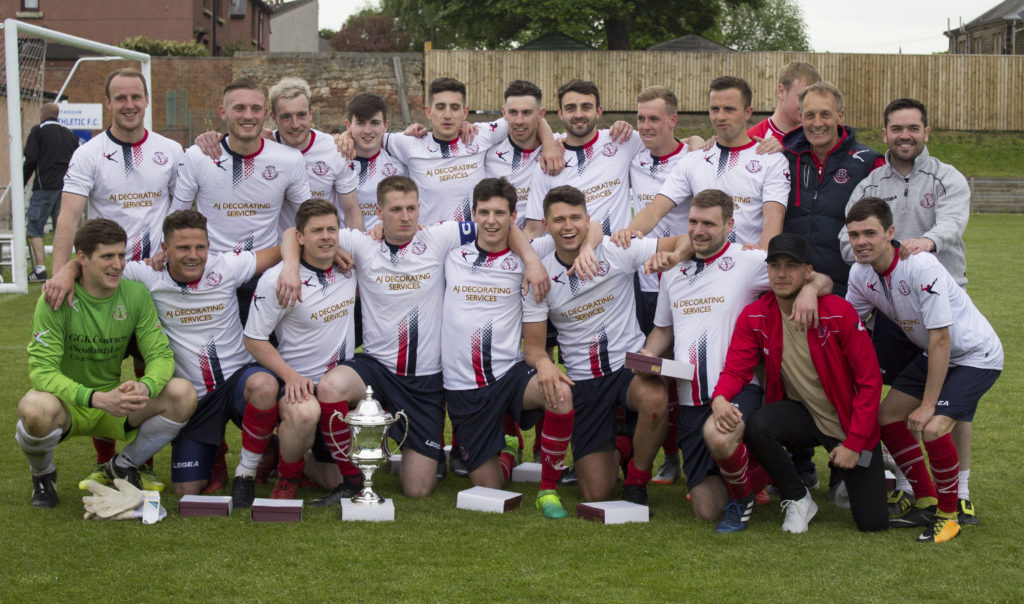 Civil Service Strollers were crowned South Challenge Cup winners at the weekend after beating BSC Glasgow 2-1 in the final.

It was a wonder goal worthy of winning any game from Paolo Buzzi that sealed the victory for Alex Cunningham’s men deep in the second half of extra time.

Both teams played excellent football and created chances with both keepers having some fantastic saves.

Civil took the lead in the second half through striker Steven Froude who headed home from close range after getting on the end of a perfectly place Andy Mair cross.

That lead was short lived as Josh McArthur levelled for BSC after getting on the end of a ball into the box, he used his thigh to direct the ball into the net.

With it all square at the end of a competitive 90 minutes the game went into extra time.

Just as it looked like penalties was going to decide this one up popped Paolo Buzzi with a wonder overhead kick that found the top corner and sealed the win for north Edinburgh men.

As well as winning the cup it also marked the end of Cunnningham’s time in charge at the club. After the game an ecstatic Cunningham said “What a game that was – it really was a spectacle.

“The lads have shown great character over the season and I am delighted for them on winning the trophy.

“I must also say well done to BSC who played very well and took part in one of the best games of football I’ve seen this season.

“But what a goal to win it for us. “I couldn’t believe it – Paolo is the type of player who will try that every time he gets the chance.

“It was a goal worthy of winning any game at any level.

“The boys have worked hard all season and they are a great bunch of lads who have trained hard and played well.

“I’m am proud of every one of them for everything they have done of this club over the years.

“I’m looking forward to taking a break from team management – but I’m not going far.”