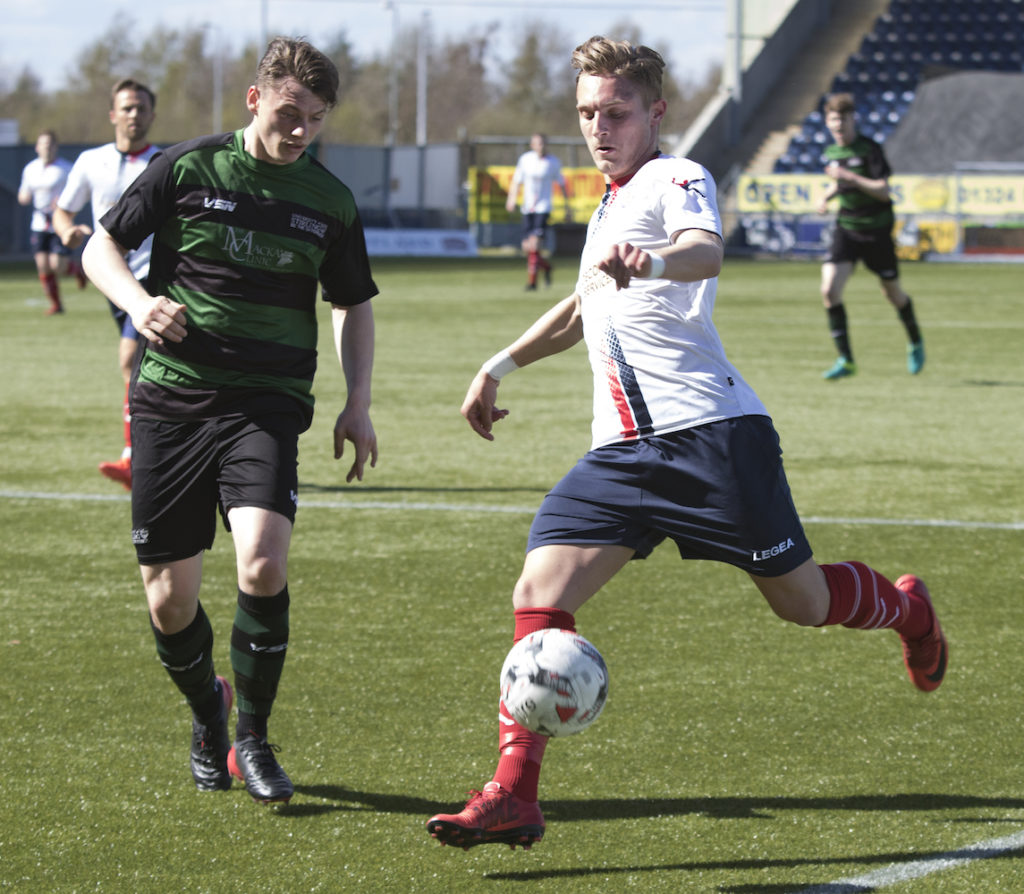 Civil made the trip to the Falkirk Stadium in the first round of the Lowland League Cup to face Stirling Uni.

The visitors took the lead after twenty minutes after Paolo Buzzi went on a great run and crossed to find Jack Downie in the box who placed his shot in the top corner leaving the keeper with no chance.

On the half-hour mark, Stirling leveled the game after Alex Webb prodded the ball over the line after Civil failed to clear a corner.

Less than a minute later Downie bagged his second of the game after Steven Froude played him in. Downie showed great composure and slotted the ball beyond be keeper.

The home side again came from behind to level the game when Dominic Slattery headed home from a cross after Civil again failed to clear the danger.

Downie almost got his hat-trick with a long range effort, after being played in by Scott Clapperton, his first time volley beat the keeper but went the wrong side of the woodwork.

Stuart Burnside had to react quickly as Slattery looked to get his second of the day from long range. His shot looked net-bound, but the big stopper managed to get a fingertip to it at full stretch to tip it over the bar.

With it all square the game went into extra time.

Craig Brown put the students in front with a speculative cross that caught everyone out and ended up in the back of the net.

Stirling sealed the victory with their fourth in the closing stages of extra time.