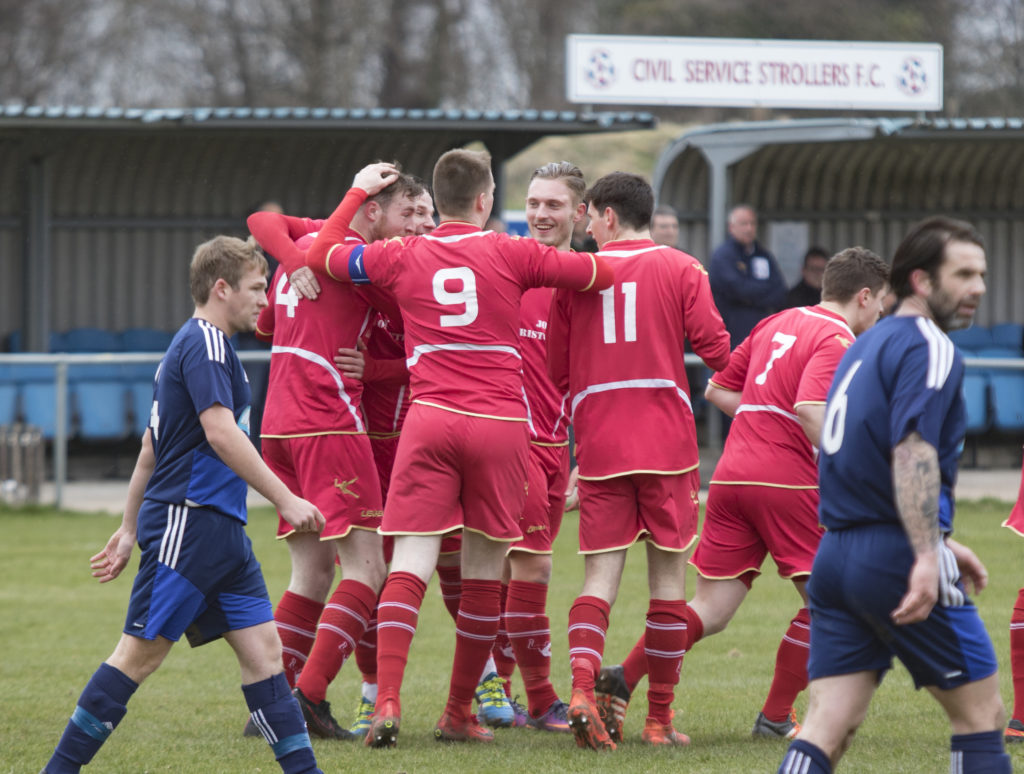 A Mark McConnell brace and goals from Steven Froude and David Churchill secured all three points for Civil Service Strollers as they won comfortably against Vale of Leithen in the Lowland League.

McConnell fired the north Edinburgh men into the lead in the opening minutes after his header looped over Ross Gilpin in the Vale goals.

Scott Clapperton almost doubled Civil’s lead with a perfectly placed shot from twenty-five looked net-bound but hit the woodwork before the danger was cleared.

Vale had a penalty claim waved away by the referee after former Civil player, Jordan Finnie, appeared to be fouled in the box.

Churchill doubled Civil’s lead just before the interval as the visitors failed to clear their lines he prodded the ball over the line from close range.

Paolo Buzzi had a chance to make it 3-0 before the interval but his effort from close range went wide of the target.

Civil got their third just after the interval when McConnell got on the end of an Andy Mair corner and his header found the back of the net.

Steven Froude bagged Civil’s fourth minutes later when a Mair cross found him at the back door and the big striker unleashed an unstoppable strike that left Gilpin with no chance.

After the game manager, Alex Cunningham, said “Today was never going to be an easy game for us.

“The Vale beat us earlier on in the season down there and they are a good team who are capable of taking points off teams.

“I thought we played some excellent football for long spells and could have scored more than we did.

“We will now get back into training this week and prepare for next weeks game against EduSport.”