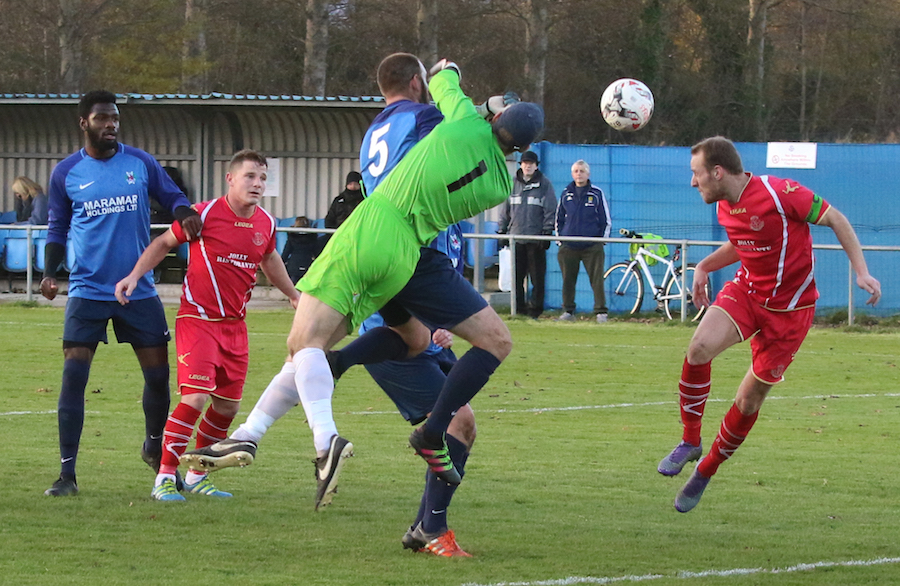 Despite the freezing temperatures the game at Christie Gillies Park went ahead yesterday as Civil hosted East Stirling in a Lowland League match.

Strollers had a chance to score in the opening minutes but the ball was cleared off the line.

Andy Rodgers then broke the deadlock for the visitors. A corner was whipped into the near post, and Rodgers was left unmarked and had the simple task of nodding the ball into the net.

The visitors doubled their lead on the half-hour mark. Jamie McCormack got on the end of a long ball into the box and McCormack controlled it well before firing into the net.

The Shire almost got their third with a free kick on the edge of the box, Derek Ure stepped up, and his placed shot looked destined for the top corner, but Stuart Burnside pulled off a superb save at full stretch.

Into the second half and The Shire got their third from the penalty spot after a Shire play went over in the box. Match referee, Craig Charleston, flashed the red card at Kyle Fee. Liam Allison stepped up and converted the spot kick.

David Churchill pulled one back for Civil. He broke away from the defence and slotted the ball past the advancing keeper.

In the closing stages Civil were reduced to nine men after Scott Gormley picked up his second yellow card.