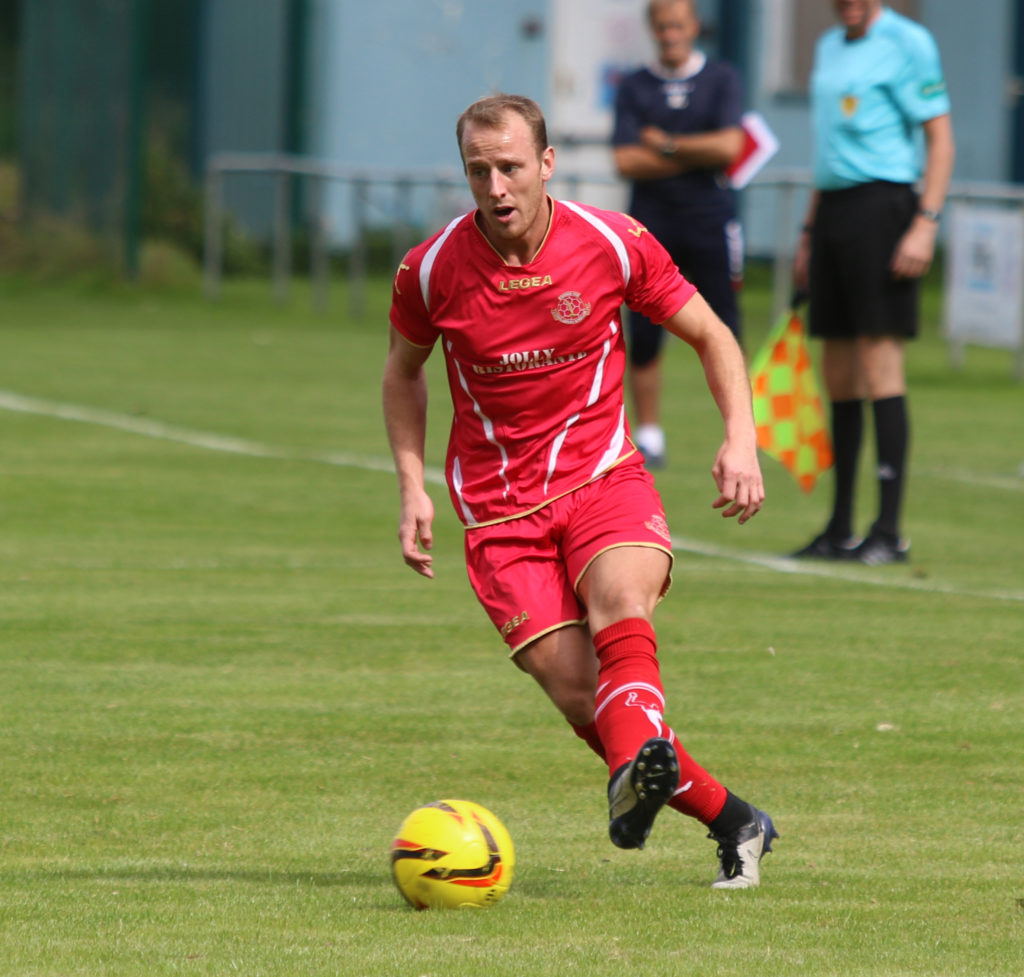 Civil welcomed Dalbeattie Star to Christie Gillies Park in the third round of the South Challenge Cup.

New signing Scott Gormley made his debut and scored in the opening minutes of the match.

Jack Downie played a perfectly placed pass through the middle and Gormley broke away one-on-one with the keeper, the striker showed great composure and slotted the ball under the keeper and into the net.

Civil’s lead was short lived as Tommy Muir levelled for the visitors a few minutes later.

Muir was played in and rounded Kyle Rankin in the Civil goal before rolling the ball into the empty net.

Rankin was called into action moments later when Lewis Todd’s long range effort looked netbound but the young keeper got a hand on it to pushed it over.

Jack Downie put Civil back in front from the penalty spot after David Churchill was fouled.

Downie stepped up and fired the ball beyond the keeper.

David Churchill got Civil’s third of the afternoon when he was left unmarked at the back post, Iain Ballantyne played in a terrific cross and Churchill’s header nestled in the top corner.

Civil went in at half time worthy of their lead but Dalbeattie were still very much in the game.

The visitors had a good spell in the second half but this was undone when Downie got his second of the day when his perfectly placed shot nestled in the bottom corner of the net.

Ballantyne almost got his name of the scoresheet in the dying seconds but his effort went wide of the target.

After the match manager, Alex Cunningham, said: “I was delighted with the way we played today.

“From the first whistle I thought we played some really good football.

“We now get back to training next week and get focussed on the league game against Hawick, as that will be a difficult game for us.”