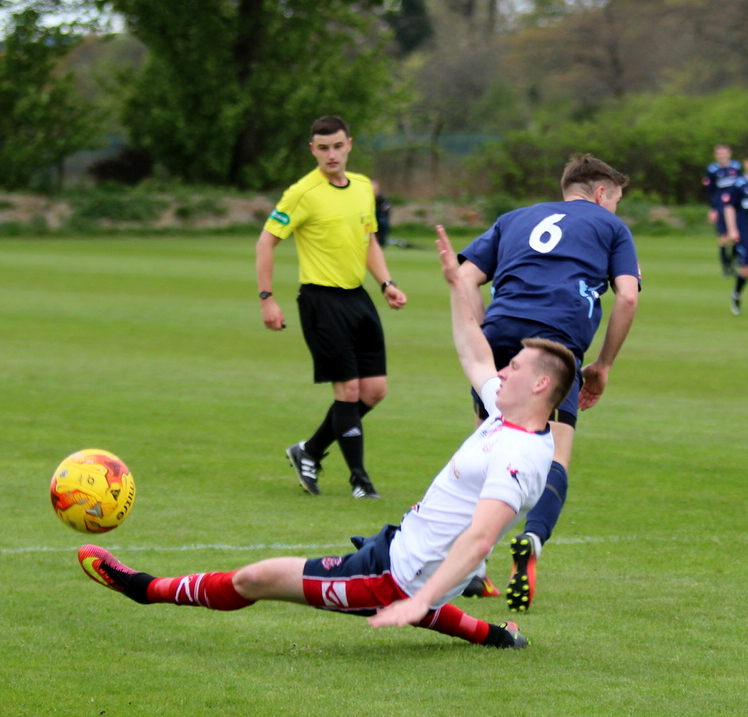 Civil made the journey to Broadwood Stadium to face Cumbernauld Colts in today’s Lowland a League match.
The home sides early pressure in the opening minutes paid off when Sean Brown got on the end of a well placed cross and prodded the ball into the net to give the home side the lead.

Civil drew level on the half hour mark after Matthew Cunningham got on the end of a Jack Downie corner.

The keeper got a hand on Cunningham’s powerful header but it wasn’t enough to keep the ball out the net.

Civil injury woes continued after Joe Boyle had to be taken off after a challenge just before the interval.

David Churchill, who was only declared fit before the game after breaking his toe last month, came on to replace Boyle.

Both sides had chances to take the lead but went in all level at the interval.

Steven Froude thought he had put Civil ahead on the hour mark, the big striker was played in by Churchill and his shot hit the net the referees assistant signalled for offside.

Churchill then had a chance to score, his perfectly placed shot looked like it was going to nestle into the net but Chris Fahey in the Colts goals got a hand to push the ball away.

Jack Downie was next up to have a go and after getting on the end of some excellent play his shot looked like it was net bound but Fahey again got a hand on it before the danger was cleared.

After the match manager, Alex Cunningham, said “I am really happy with today’s performance.

“I thought the boys all played very well and it was a much improved performance from last week.

“I am hoping that the injury to Joe Boyle isn’t too bad, he’s away to hospital for x-rays then we will see how he is.

“Today’s game was a great spectacle with both teams playing good football and creating chances.”