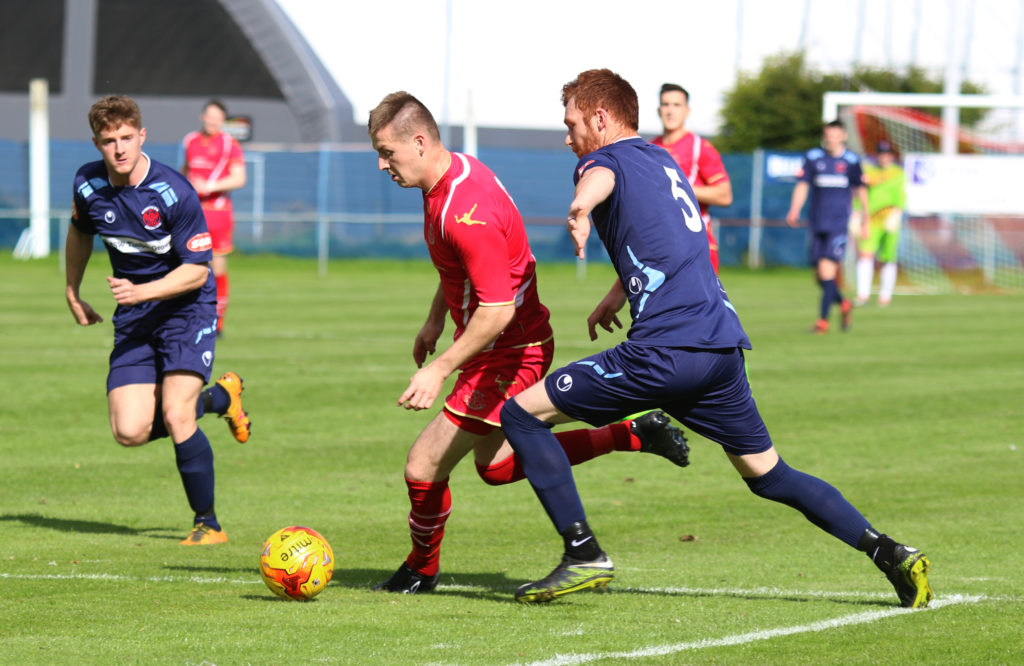 Dalbeattie Star made the journey from Dumfries to Christie Gillies Park for today’s League match.

The visitors were just one point behind us going into today’s game so it was always going to be a difficult game.

With ten minutes on the clock Andy Mair played in Steven Froude who showed great composure in front of goal to roll the ball into the net to give Civil the lead.

Froude got his second a few minutes later when he got on the end of a long ball forward and he fired beyond the keeper and into the net.

Dalbeattie then went on the attack and were awarded a penalty when Mark McKenna was up-ended in the box by Jack Verth.

Scott Milligan stepped up and sent Kyle Rankin the wrong  way to pull one back for the visitors.

Steven Degnam almost leveled for Star with a terrific long range effort, which looked like it was destined for the corner but his shot came back off the woodwork before the danger was cleared.

Froude almost got his hat-trick when he chased down a ball and the keeper’s clearance came back of Froude as he looked to pull the trigger the keeper made a good recovery and pushed the ball away for a corner kick.

Just after the interval Froude almost bagged his third of the afternoon but his shot went just over the bar.

Moments later Froude got his awaited hat-trick when he broke away and his first effort was blocked by keeper but Froude’s persistence paid off and he smashed the ball into the net.

David Churchill replaced Froude with twenty minutes to go and he went on a run and as he broke into the box he was fouled by Hugh Cameron and a penalty was awarded.

Jack Downie stepped up and dispatched the spot kick to make it 4-1.