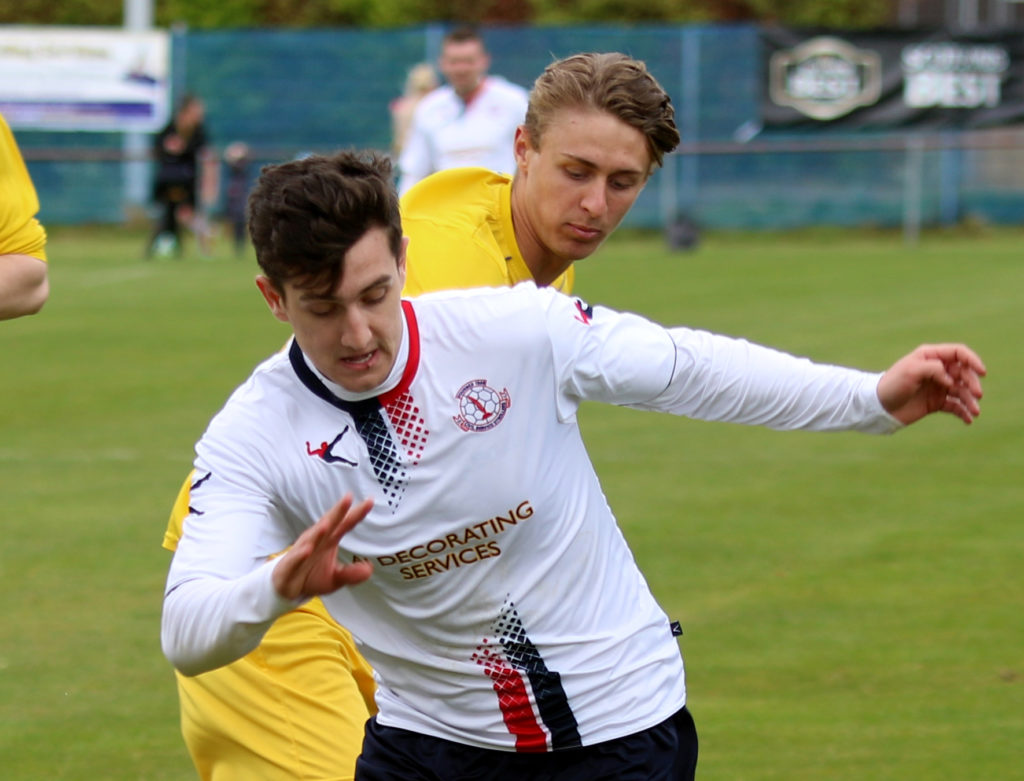 We are delighted to announce the signing of Andy Mair from Spartans.

Andy spent a few months on loan with us last season and has signed for the forthcoming season.

Speaking today manager, Alex Cunningham, said “Andy is a player that I have long admired since his early days at the Spartans U20’s.

“I was more than happy when he came to us on loan for the latter part of last season.

“Andy is a very versatile player and he gives us a good balance on the left side of the park.

“I have been working closely over the past few weeks with Dougie Samuel and Craig Graham, from Spartans, on the possibility of signing Andy.

“I am delighted that the deal is now done and he will be Civil player for this season.”

Speaking after signing Mair said he was looking forward to the season ahead.

He said, “I am glad that the paperwork has been sorted out and I can now get on with playing for the Strollers and I look forward to the season getting underway.”

Our season kicks off on Saturday with an away trip to Gretna 2008.