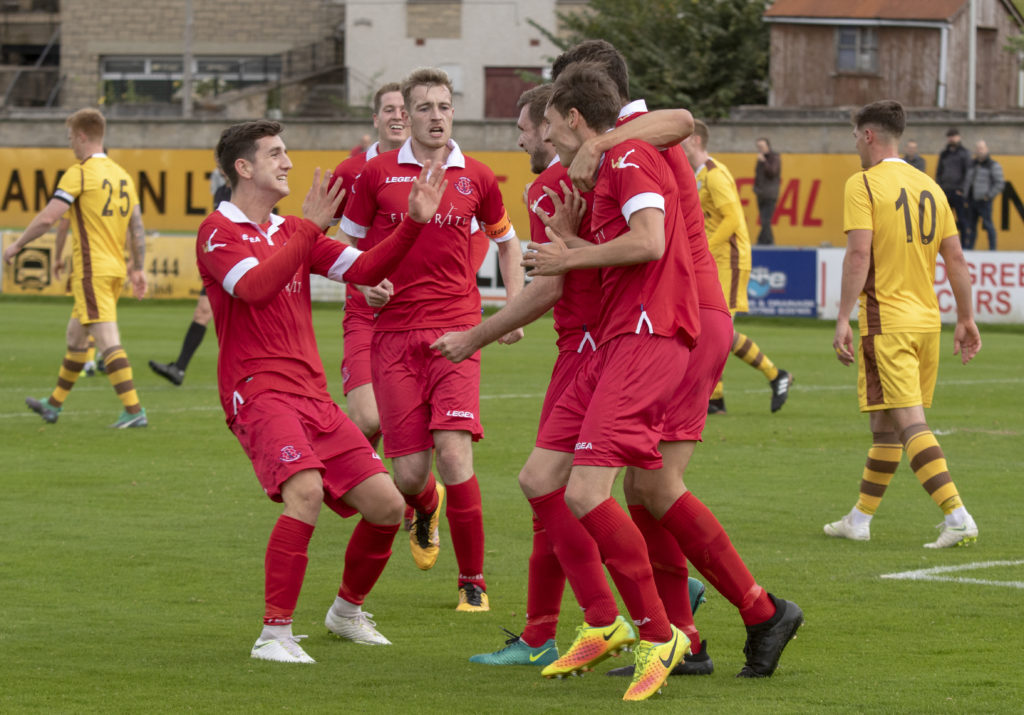 Civil go into the game on the back of a midweek defeat away to Kelty Hearts and will be looking to return to winning ways.

The Shire find themselves sitting in the bottom half of the table but there is still a long way to go.

“After a wonderful result last Saturday, we had the ‘fall’ in midweek against a powerful Kelty side.

“On the pride side, after being written off and a fair bit of disrespect being shown from those up north, I thought our players were magnificent against a top highland league side.

“Over the two ties we restricted Forres to very few chances and last week I felt we were clinical in our forward play.

“While not wanting to make excuses, it was always going to be difficult for us to replicate that same energetic performance and while we tried to freshen things up on Tuesday against Kelty.

“I felt we were second best all over the park and while the players were disappointed in their performance I have to take my fair share of the blame in playing such an open game.

“As a group we enjoyed Saturday and similarly we do likewise dealing with and moving on from Tuesday as we hope to get back to winning ways tomorrow.

“That said, we are on a run of difficult fixtures and while perhaps the Shire haven’t had the start they wanted they have quality throughout their side and will come here looking to kickstart their season.

“In their squad there’s a few well-kent faces and I’m sure they’ll get back to winning ways before long. If we are to stop that from being against us then we need a performance similar but improving on last Saturday and not the one from Tuesday night.

“On the plus side, Kevin Waugh made his debut on Tuesday and was one of the few pluses. Hopefully, we will also have Hammy back in the squad while Jack Downie started back light training this week.

We’ve had a few cracking games recently at home and I’m sure tomorrow will be no different.”

Club1908 will be open from 1pm selling a wide range of refreshments and snacks.