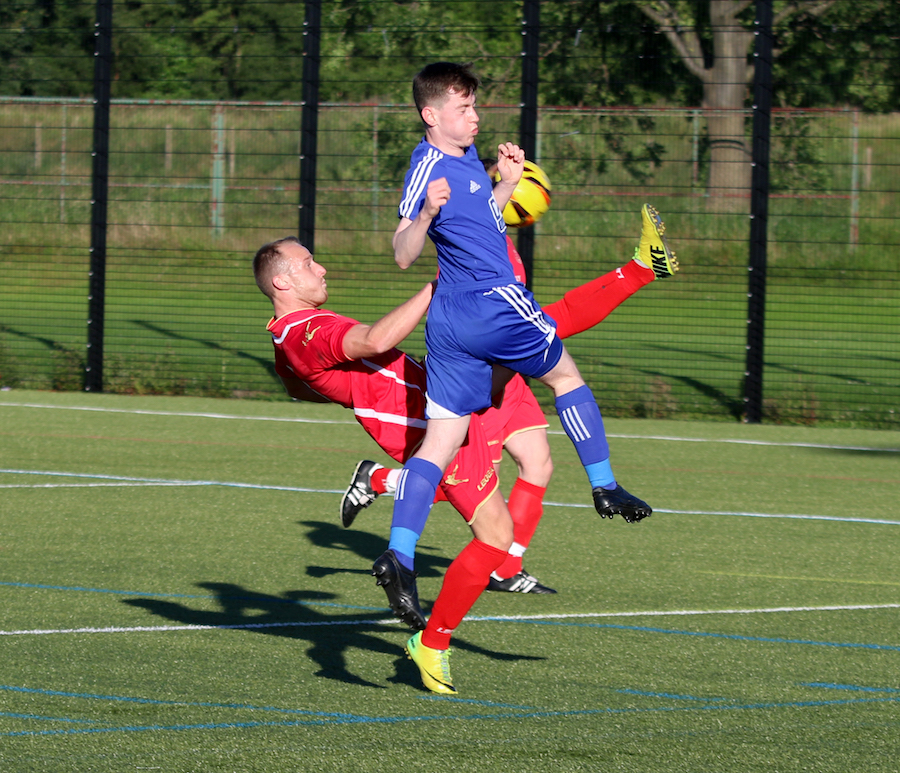 The 3G at Peffermill was the venue for our pre-season game against Bathgate Juniors last night.
Both teams started brightly and played some great attacking football and created chances.

We capitalised on some great possession and our trialist was played in and his shot nestled low in the corner.

A few minutes later Kyle Boggie’s shot ended up in the back of the net but the referee’s assistant had flagged for offside.

We went in at half-time with the one goal advantage.

The second started with both teams playing good attacking football and looking to score goals.

Bathgate levelled when the forward was played in at the back door and his powerful strike left Burnie with no chance of saving it.

This left both teams chasing the winner and certainly gave the fifty or so supporters an enthralling final half an hour of football.

Despite both team’s efforts neither could find a winner and the game ended one apiece.

After the game, Alex Cunningham said: “It was good to get another game under out belt and Bathgate provided us with tough opposition.

“The game was played at a good tempo and it provided us with an opportunity to see how the players are progressing.

“We were also able to get some more match fitness into the players and the squad is now beginning to get back to full strength with a number of players returning from holiday.

“We now look forward to two very tough games against both Hibs and Hearts.”

Next up we welcome Hibs to Christie Gillies Park on Sunday with the game kicking off at 2pm.

Photographs form the game will be published later today.